Heavily reliant on the affect and breadth of their sound and technique since their 2009 EP releases and debut 2011 LP release Black Up, Shabazz Palaces respectively garnered local attention despite avoiding promo. Already a solid follow up to the successfully vintage in delivery yet experimentally unabashed in arrangement sequence Black Up; Lese Majesty is beautifully complex. Refreshing, the project is filled with coagulated imagery and insoluble displacement, all exposed through the genius of sound and what better for the insatiable music lover in you?

Lese Majesty addresses the transgressions of modern hip hop and its leaders alike much like this year’s projects from Common and The Roots. The thing about the …&TYSYC’s (The Roots) or the Nobody Smiling’s (Common) are that they aren’t obtuse 30 min packages of patronizing words-from-the-wise but instead monumental, despite seemingly isolated, attempts to recover hip hop from its current condition of propagating bullshit.

The title Lese Majesty comes from the French term Lèse majesté, denoting any crime violating majesty or royalty in stricter monarchies, or in other words, treason. You see where they’re going with this now?

The sophomore project isn’t an attempt to introduce the pair but is instead a shared moment in their musical trajectory where experimentation and sensitivity not only conflate but also mollify the avidity of sound.

In May, Parisian fashion line KENZO released a video for opening track “Dawn in Luxor” for their SPRING/SUMMER 2014 collection. Written and directed by Khalil Joseph with cinematography from Jason McCormick, “Dawn in Luxor” showcases polarizing production as well as kingly visuals. Also released prior to the album, single “They Come in Gold” has already accumulated over 100k listens on SoundCloud.

If you’ve never heard of Shabazz Palaces then think instinctual formality meets fermented playground over a bed of exposed hip hop and make the necessary arrangements to add this to your own musical library.

Download and purchase Shabazz Palaces, Lese Majesty here at iTunes and tell us what you think!

Check out video for “Dawn in Luxor” below!

What They Did With All That ‘Power’: The Untapped Potential of Tasha St. Patrick 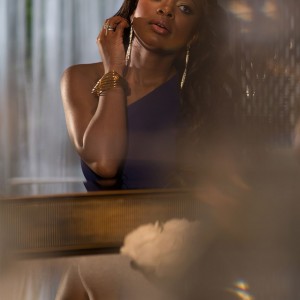 What They Did With All That ‘Power’: The Untapped Potential of Tasha St. Patrick

Weeks ago, I wrote an article about my hopes for Tasha St. Patrick, played by Naturi Naughton. At the time of the article,… August 1, 2014
...by TÆLORD•EXISTENCE. © 2016
Back to top