Let’s talk about “Dear White People.” We’ve watched the trailer and the promo sketches – a testament to the creative brilliance of Black Hollywood – while counting down the days until it hit theatres nationwide. To commemorate the opening of the long-awaited film, we spoke with one of the film’s stars, Ashley Blaine Featherson about why any “maybe” about this film should be an undeniable “yes.”

Known for wearing several hats in the industry, the multi-talented actor, producer spoke about her experience on the set of “Dear White People,” growing as an actor and what the future looks like for her after the success of her hit webseries Hello Cupid.

The ViP: INTRODUCE US TO YOUR CHARACTER. ABF: Curls is…she’s militant and down for a cause. That’s how I can describe her as. She has no tolerance. Like, these white people at her school are about to make her jump off the top of a building. If I think of another way to describe her I’ll let you know. (laughs)

The ViP: No I think you pretty much hit the nail on the head. That’s what I got from watching the movie.

The ViP: WHAT’S YOUR CHARACTER’S MAJOR AND FAVORITE ALBUM? ABF: Her [major] would be African-American Studies with a concentration in Pre-Diaspora. That’s what it would be! (laughs) And her favorite album would be the live James Brown album that he did for the troops. The same album where he did ‘Say It Loud, I’m Black and I’m Proud.’

The ViP: WHAT’S ONE THING YOU LEARNED FROM/THROUGH THE PROCESS OF MAKING/BEING A PART OF ‘DEAR WHITE PEOPLE?’ ABF: For me it was a lesson as an actor. Because ‘Dear White People’ is an ensemble… I learned lessons like how to make sure that [you know what] your character is like throughout the film. No matter how many lines you have, no matter how many scenes you have, how to make sure that your character is a vital part of the life and environment of the film. For ‘Dear White People’ being my first feature that was such a valuable lesson for me to learn, such an exciting challenge for me. And doing it with Justin – who’s an amazing director – was just an incomparable and amazing experience.

The ViP: It’s interesting that you say that because the staff at The Visibility Project and I, after we saw the movie at the LA Film Festival…one of the things we kept going back to was the fact that you and Courtney had such presence. Even though you weren’t in the spotlight for the entirety of the film it’s like, y’all were there and we could see you. Y’all were serving face and were just so live and it was fantastic.

The ViP: I love the fact that that’s what you took away because you could see it on screen. You could see the growing and it was fantastic to watch.

ABF: Yeah it was [so] invaluable…and that was the goal! Thank you so much. 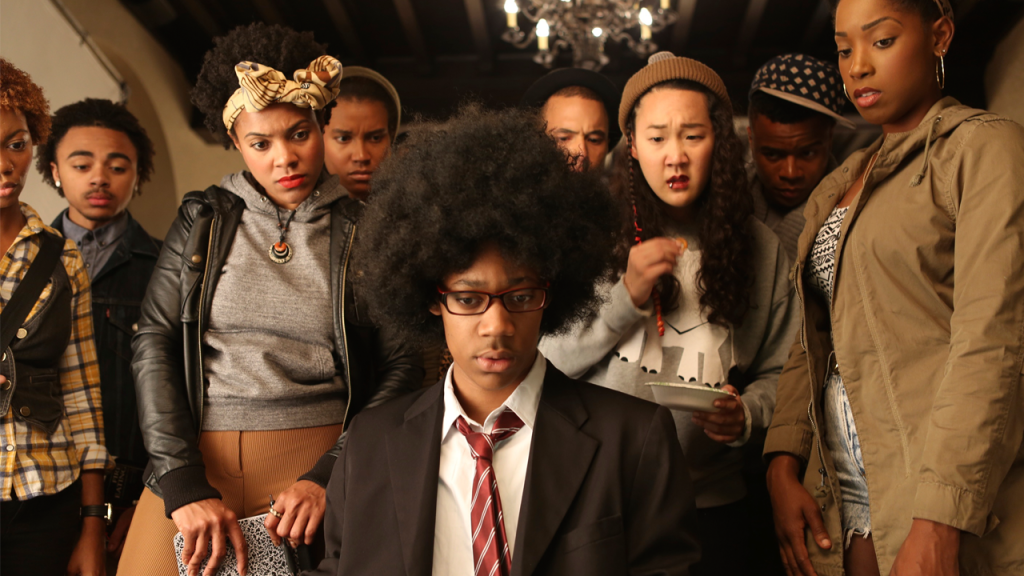 The ViP: WHAT DOES IT MEAN AS AN ACTOR OF COLOR TO HAVE ‘DEAR WHITE PEOPLE’? ABF: To be a part of ‘Dear White People’ is such…it’s one of the greatest blessings of my life. And it’s because, as an actor, I’m a person who cares about what’s happening in the world around her, and what kind of world her future kids will come into.

The ViP: WHAT’S NEXT FOR YOU? ABF: I’m in a cool space right now because I just finished the improv program at UCB (Upright Citizens Brigade), so I just graduated from my improv program that I studied at for a year.

ABF: Thanks! Yeah so I just did that and I’m in a place where I’m developing and trying to create more work and trying to put my producer hat on and see what projects I want to create or collaborate with people on. But as an actor, there’s always great things on the horizon for me. I can’t really say everything that’s going on.

The ViP: Of course.

ABF: For many reasons…But honestly, a year ago this would have been scary to me. But today it’s really exciting.Because that means the sky is the limit. A lot of good things are going to come my way.And when they do I’ll be excited to show them to you all.

The ViP: Great. And I meant to mention this earlier but I saw that Vulture named ‘Hello Cupid’ as one of the top five webseries to watch, so I wanted to say congratulations to you and Lena on that. It’s so exciting.

ABF: Oh my gosh thank you! It was so kind of them to let the Boston Globe name me as the best actor in a comedy webseries.

The ViP: That is so awesome!

ABF: Yeah the Boston Globe did a series on actors in webseries that they think should win Emmys, and we were in the running so they named me for comedy and I was like uh, what?! Amazing.

The ViP: WE’VE TALKED PREVIOUSLY ABOUT THE PROBLEM OF THE FILM INDUSTRY CONSISTING ONLY OF CARBON COPIES AND SEQUELS. Thoughts on a DWP sequel? ABF: I would feel great about it. I think [with] ‘Dear White People’…there’s always going to be more stories to be told. It will always be relevant. And I’ll tell you why – it’s because it’s based on reality. Justin was not faking while he was writing this. It was coming from real life and real experiences. It was coming from a very vulnerable and authentic space. So whenever you do a project like that it will always lead to a sequel, a book, a television show, a radio show…he’ll be able to do all of those things. I could totally see there being a sequel and I would love to be a part of that, too.

The ViP: GIVE ONE REASON PEOPLE NEED TO GO SEE ‘DEAR WHITE PEOPLE.’ ABF: Because it will hopefully inspire you to have a conversation that you’ve been reluctant to have. I think that’s my goal for ‘Dear White People.’ I want people who normally keep opinions to themselves to say after this film, ‘You know what? I can’t keep my mouth closed. I have to talk to somebody about this.’ That’s why I want people to come, to encourage them and inspire them to have a conversation they haven’t been having.

And there you have it. ‘Dear White People’ may easily be the movie of the year for its humor, wit, insight and realness. The story of “being a black face in a white place” goes beyond your expectations, and I can’t imagine anyone being silent about it after seeing it.

If you haven’t bought your tickets yet, why are you waiting? No, seriously. It’s selling out in theatres across the country. Go to dearwhitepeople.com/tickets to buy yours today! 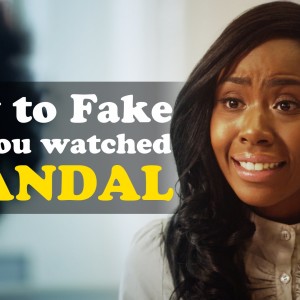 After months of watching teaser after teaser for “Dear White People,” the national release day is upon us! Though you might… October 17, 2014
...by TÆLORD•EXISTENCE. © 2016
Back to top