Tiptoeing around ‘Tranny’: Why I’m over RuPaul and Carmen Carerra’s word war

The “tranny” language argument between RuPaul and Carmen Carerra has been an aimless bickering match that needs to end.

The dispute over the use of certain words describing the trans* community, such as “tranny” and “shemale/she-male,” has gained extra spotlight over the past few weeks, coinciding with the end of the sixth season of RuPaul’s Drag Race, a reality show competition for drag queens. Earlier in the season, Logo TV, the channel that produces Drag Race, decided to permanently edit out the word “she-mail” from a segment of the show called “You’ve Got She-Mail,” in which RuPaul communicates with the contestants via a recorded video.

RuPaul, legendary drag queen and host of the show, did not approve of the edit, saying, “It’s just words. Yeah, words do hurt…you need to get stronger. You really do, because you know what…if you’re upset by something I said, you have bigger problems than you think.” RuPaul has spoken in favor of using the word before, stating, “I love the word ‘tranny’” and citing the history of the word as an identifier for transgender individuals before the term “transgender” existed.

Carmen Carrera, trans* actress, model and former contestant on the show, has argued against the word and against RuPaul publicly, saying, “Tranny/Shemale are offensive. Period. Whether you want to grow up and accept it or not. All the girls I’ve seen come out and defend these words are girls that either work in or are part of nightlife extensively.” 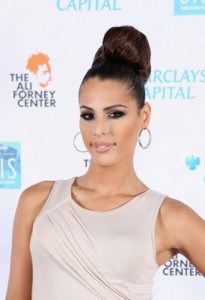 The problem with this debate is that it fails to address the actual problem and take into consideration the complexity of language. It’s not nearly as simple as keep using the word or stop using the word.

Many of the individuals participating in the conversation seem to be taking sides in the debate out of personal loyalties. Many of those from the drag community who are backing RuPaul have implied that since RuPaul helped start Carrera’s mainstream career, she shouldn’t speak out against him.

Criticism for Logo TV, where RuPaul’s Drag Race is easily the biggest, most successful original program on the channel, has centered around the same concept. As a response to the clear lack of agreement over “You’ve Got She-Mail,” RuPaul tweeted, “Trust! LogoTV hasn’t ‘distanced’ itself from me, not while I’m still payin’ the f%kin’ light bill over there.” LOGO’s edit of the segment does seems to be more appeasement than agreement.

“Tranny” began as a word used to describe transsexual individuals. Over time, it developed into a slur in some circles, while other circles used the term affectionately. Words carry history and symbolism with them, meaning that people need to listen to each other on this issue, especially since the argument is happening within the trans* community.

It’s important to remember that the experience of a drag performer is different than the experience of a trans* person. I’ve noticed that many of the voices weighing in on this discussion lately have been drag performers who have a lot of contact with the trans* community, which is understandable but does not give drag individuals the right to make generalizations. Ideally, the community would open up a dialogue about language, but in the meantime, can individuals respect the wishes of another group? A person’s reaction to a word with the history behind it like “tranny,” shemale,” or other trans* slurs cannot be dismissed as a weakness because that reaction reflects who that person is and his/her history.

Is it scarier to admit that the word war has more to do with dissension between the two populations than it does the usage of a few words? With so many trans* issues coming into the mainstream—transgender star of Orange is the New Black Laverne Cox’s Time Magazine cover and writer/advocate Janet Mock’s Redefining Realnessbeing two major trans* victories — could a discussion hurt the unity that the trans* community conveys to the mainstream?

The irony of all this arguing is that it’s not opening communication up — it’s boxing people in. Tiptoeing around the issue has done nothing but make a lot of noteworthy trans* and drag figures look immature. Language, like individuals, changes and evolves with time. A group of people (a generation, a regional group, etc.) has their own slang that stems from who they are, the period they’re living in, the specific life experiences they are dealing with and many other factors. We personally may not share those experiences, but they are just as valid as ours. The danger in policing terms like “tranny” is that it risks dismissing whole groups of people.

Kylee McIntyre Kylee McIntyre is a recent graduate of Loyola University New Orleans with a B.A. in English Writing/Pre-Health. She is passionate about social justice, storytelling, and glitter. She dreams of being a showrunner someday.

Back Like They Never Left: ‘The Fosters’ Season 2 Premiere Brings More Questions Than Answers

Why must these articles always demean and erase tranvestite/drag identity? They are not just stage performers nor club entities. Many men put a dress on for fun, very few consider themselves drag queens. For the ones who do it is part of their identity and just as valid as any other trans person. I think it stinks of homophobia.

I cannot speak for other articles that have been written, but the point here was not to suggest that one identity was more valid than the other-rather, the point was to recognize that one cannot group all identities together. They are separate experiences, and that should be kept in mind when one group tries to talk about the experiences of another.

Personally, I think words can stay in the show like their part of history. Like RuPaul should be more sensitive in the future but we can always remember You’ve got She-mail as part of a different time period. I think she-male can be offensive and I wouuld never use it, but others may not mind it. Their just words, and we the peoplr were given freedom of speech. As long as people aren’t using it to be mean on purpose, it shouldn’t be a big deal. Like I have a black friend who doesn’t mind if I call him the n word because he knows I love him and I wouldn’t use it to hurt him. But a nother black frend has kindly told me not to say it, so I don’t say it at all. But niether of them had to argue about ti. I agree with the writer. It’s just stupid to argue. I mean, Carmen can voice her opimnion, but she shouldn’t be like shunning RuPaul about it. 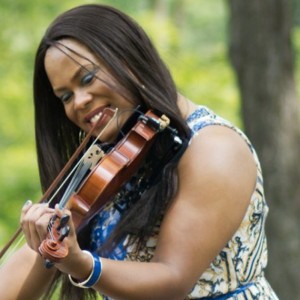 When Tona Brown, violinist and mezzo-soprano, became the first transgender individual to perform for a sitting president,… June 16, 2014
...by TÆLORD•EXISTENCE. © 2016
Back to top