To Activate and Assess: 5 Must-Read Books by Brilliant Black Women

In the midst of the many protests and burgeoning movements happening across the country, responses to the grave injustices committed against people of color—particularly police brutality against Black people—stands immense, sometimes unimaginable pain. The pains of mothers and fathers who have lost their sons and daughters. The heartache of a community who week after week has to endure the emotional and psychological trauma caused by grand juries who imply that, in fact, Black lives don’t matter and those police officers who take Black lives because of whatever racist stereotypes they hold do not have to be, and should not have to be, held accountable for their actions. The restlessness and exhaustion of all of us who are holding on desperately to our sliver of hope and seeking some glimmer of light at the end of a many generations-long battle to be truly seen; to be valued.

In Zora Neale Hurston’s Their Eyes Were Watching God, the grandmother of main character Janie Starks says that Black women are the mules of the world. Besides the obvious reference to our subjugation, I’d like to think she also meant that because of our great strength and our even greater capacity to love, we carry the burdens of our brothers and the weight of the world’s wickedness on our backs.

But, oh, how the load gets heavy sometimes. Where do we go to release? Who do we talk to in order to reconcile the “-isms” of our day?

My favorite place to regroup is in a book. In fact, there is actually a very long list of Black women activists and writers who have written about social change, liberation and activism over the years. With their words that sear our minds and hearts, they help us all heal our hearts for more loving, reignite our minds for the work ahead. They help us to reimagine that this world can be a better place for ourselves, our families, and our children.

Here are five “reclaim your sanity” classics you must read:

In this charged collection of essays and speeches, Lorde takes on sexism, racism, ageism, homophobia, and classism, while she propounds social difference as a vehicle for action and change. Her prose is incisive, unflinching, and lyrical, reflecting struggle but ultimately offering messages of hope. These landmark writings are, in Lorde’s own words, a call to “never close our eyes to the terror, to the chaos which is Black which is creative which is female which is dark which is rejected which is messy which is…”

The Meaning of Freedom: And Other Difficult Dialogues by Angela Davis

Angela Y. Davis’ life and work have been dedicated to examining this fundamental question and to ending all forms of oppression that deny people their political, cultural, and sexual freedom. In this collection of twelve searing, previously unpublished speeches, Davis confronts the interconnected issues of power, race, gender, class, incarceration, conservatism, and the ongoing need for social change in the United States. With her characteristic brilliance, historical insight, and penetrating analysis, Davis addresses examples of institutional injustice and explores the radical notion of freedom as a collective striving for real democracy. She states freedom is not a thing granted by state, law, proclamation, or policy—but rather, it is a participatory social process, rooted in difficult dialogues, that demands new ways of thinking and being.

These twenty-three essays are written from a black feminist perspective, and they tackle the bitter difficulties of racism by envisioning a world without it. They address a spectrum of topics having to do with race and racism in the United States: psychological trauma among African Americans; friendship between black women and white women; anti-Semitism and racism; and internalized racism in movies and the media. And in the title essay, hooks writes about the “killing rage”—the fierce anger of black people stung by repeated instances of everyday racism—finding in that rage a healing source of love and strength and a catalyst for positive change.

Some of Us Did Not Die by June Jordan

Some of Us Did Not Die brings together a rich sampling of the late poet June Jordan’s prose writings. The essays in this collection, which include her last writings and span the length of her extraordinary career, reveal Jordan as an incisive analyst of the personal and public costs of remaining committed to the practice of democracy. Willing to venture into the most painful contradictions of American culture and politics, Jordan comes back with lyrical honesty, wit, and wide-ranging intelligence in these accounts of her reckoning with life as a teacher, poet, activist, and citizen.

This groundbreaking book brings to light derogatory stereotypes that shape the experiences of African American women, then assesses the emotional and political costs of the struggle to counteract such negative assumptions. It offers the insights and critiques we have come to love and expect from Melissa Harris-Perry, while being relevant to where we are right in American society and cultural imagination.

So as we all try to take a moment to breathe between our grief and our activism, allow the words of these five fellow sister-warriors motivate and inspire you.

Read more over at For Harriet.

D’Angelo’s ‘Black Messiah’ Is Just What The World Needs 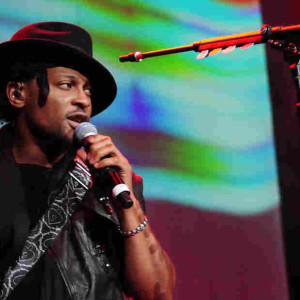 D’Angelo’s ‘Black Messiah’ Is Just What The World Needs

On Monday, D’Angelo released his album Black Messiah at midnight. Black folks round the Internet went ham. I personally… December 16, 2014
...by TÆLORD•EXISTENCE. © 2016
Back to top