Remember That Time the Emmy’s Got It Right?…Us Neither: We #FixedIt

Emmy Award nomination is always an interesting time of year. This year that is perhaps even more true as The Emmy’s made history when Laverne Cox became the first transgender* actor to receive an Emmy nomination (Outstanding Guest Actress in a Comedy Series) for her portrayal of Sophia Burset on the Netflix series Orange is the New Black. This is certainly cause for a celebration – we’re celebrating, celebrate with us.

We’re happy for Laverne Cox despite The ViP team (it’s unanimous) holding the unpopular opinion that Cox’s nomination is more political than earned. We’re here for it! Don’t get us wrong, we just also have to be honest. We don’t feel she beat out other potential candidates on OITNB for this category – not with screen time and not with her performance. You’ll also note that while we love, adore and admire (a couple of us are even obsessed with) Kerry Washington just the same – she didn’t make our list either.

Those aren’t the only changes we made to this year’s Emmy’s nod list. Before we get into what should’ve happened let’s talk about what actually happened.

Orange is the New Black dominated the comedy category and helped offer some color to a very white ballot. The binge-watch favorite earned 12 nominations in all, including a nomination for Best Comedy Series. Uzo Aduba (Suzanne “Crazy Eyes” Warren) and Natasha Lyonne (Nicky Nichols) joined Cox in the Outstanding Guest Actress category (the only category with more than one person of color in it), while Taylor Schilling (Piper Kerman) and Kate Mulgrew (Galina “Red” Reznikov) got nods in Best Actress and Best Supporting Actress in a Comedy Series, respectively.

In the past few years, nominations have crept away from networks and toward cable television, which allows for gritty dramas, edgy comedies and a lower season episode count, which means overall less work for writers and production teams and some network folks aren’t happy about it. Netflix has recently joined cable as an outlet for intense storytelling. Between its critically acclaimed series Orange is the New Black and House of Cards, Netflix garnered a total of 31 nominations, impressive for a network only in its second year at the Emmy’s. Cable provider HBO led the networks with a whopping 99 nominations, including 19 for the top-nominated program Game of Thrones.

While Canada hasn’t seemed to have much luck with the Emmy’s (Orphan Black’s Tatiana Maslany), British programs like Sherlock, Downton Abbey and Luther (Idris Elba’s Best Actor in a Miniseries nomination makes his fourth Emmy nod overall) have all made more than one appearance in this year’s Emmy nominations.

Theater apparently also makes good television, as screen adaptations of the plays The Normal Heart and The Trip Bountiful earned Emmy nods. The Normal Heart, which aired on HBO, dominated the Best Supporting Actor in a Miniseries or Movie category, with Jim Parsons, Joe Mantello, Alfred Molina and Matt Bomer taking up four of the six available spots. Mark Ruffalo and Julia Roberts earned nominations for Best Actor and Best Supporting Actress, respectively. Cicely Tyson earned a Best Actress in a Miniseries or Movie nod for her work in The Trip Bountiful, impressive since the movie aired on Lifetime, which does not traditionally do well in the Emmy race.

Emmy nominations often belong to a closed group (check the lists for best comedy and drama series’ actors for the past five years — the same names come up a lot). And so often the Emmy’s get it wrong. Actually we couldn’t remember the last time The Emmy’s got it right. So, The Visibility Project staff sat down, brainstormed and got to work on fixing the 2014 Emmy’s nomination list. We’ve done a little bit of category shifting in some places, based on quality of performance and the fact that British shows count as shows and not miniseries in our minds.

As our staff writer, Kylee pointed out during our decision-making process, #wethegods, we’ve fixed the list our way and how we see fit. We stuck to the main categories so we added an honorable mentions list of actors that would definitely make the cut if we’d fixed the full list. Our picks are below – enjoy!

Best Actress in a Drama Series

Want an explanation? Want to find out the winners we’d choose? You’ll have to come back for that. The Emmy’s take place August 25th at the Nokia Theater in Los Angeles and will be broadcast on NBC. Days before, each of us will select winners from our #TheViPEmmysRedo #FixedIt list, tell you who we think should win from the current Emmy’s list and make predictions about who will actually win.

Kylee McIntyre Kylee McIntyre is a recent graduate of Loyola University New Orleans with a B.A. in English Writing/Pre-Health. She is passionate about social justice, storytelling, and glitter. She dreams of being a showrunner someday.

Much of these category shifts are silly, considering the fact that supporting cast are put up for lead (um…no) and recurring cast — ie GUESTS — are put into categories that are for show regulars (SAG rules anyone?) only.

That’s the beauty of the #wethegods clause. Out list. Our rules. :0)

This list would be more credible if your new noms were w/in the confines of the sag rules which the actors must live by. But that’s none of my business. 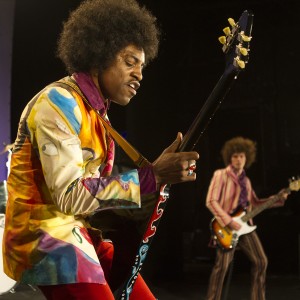 Held up by the reluctance of the Hendrix estate to support the film, the official trailer for the film Jimi: All Is By My Side,… July 10, 2014
...by TÆLORD•EXISTENCE. © 2016
Back to top