The thing about teasers is that they are supposed to lead to something more, something even better. The brilliant folks over at Dear White People headquarters get that. Shortly after the announcement of the film’s nationwide premiere date they released a teaser trailer to whet our appetites. Monday afternoon fans were told, with 100 retweets and 1000 shares on Facebook, we could see the full trailer before it hits theaters this weekend. In less than 24 hours (almost instantly on Twitter) – mission accomplished.

Waiting even longer than you think, long before the release of the film’s original concept trailer are those of us who have first-hand experience with being “a Black face in a white place.” The closer we get to the film’s October release date the more difficult it seems to wait. Instead of torturing us, we’re getting small bites of brilliant Black media, just enough life to sustain us until mid-Fall. Thank you for that Dear White People.

The full trailer is two minutes and 37 seconds of poignant comedy and thought-provoking sound-bites – a pretty apt summary of the film that writer, director, Justin Simien says is one about identity not race. Dear White People is a smart, hilarious and ever-relevant look into the lives of four Black students – Lionel, Sam, Coco and Troy – at the fictional Winchester University, where the population of Blacks is a mere 2%.

We’ve already seen the film and we’re still anticipating the October 17th release as much as the next person. We say with immense certainty that the Lena Waithe-produced Dear White People is the first and best deliberately conscious, non-struggle Black film we’ve seen on the big screen in easily the last five years.

Don’t take our word for it. Go see it for yourself. In the meantime check out the full-length trailer and share it with everyone you know. 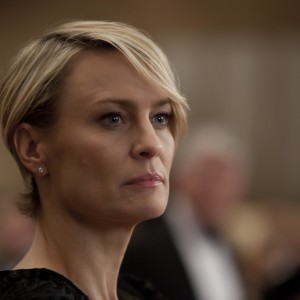 Rape has been on television for a long time. Law and Order: SVU focuses almost entirely on this subject, even though special… July 22, 2014
...by TÆLORD•EXISTENCE. © 2016
Back to top