The proximity between celebrities and fans that once existed in the pre-social media era has disappeared. We’ve watched the hypervisible change public perceptions of themselves with 140 characters of pop culture, social justice or political commentary, often limited to their scope and not that of the masses. 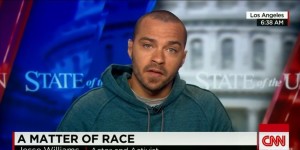 Within minutes we’re left to face palm, unfollow and remind ourselves that our faves are human and, like us, are problematic in some way. However, a few standouts use social media to remind us that celebrity comes second in a society where we are trivialized and stigmatized for our defining factors. Such is the case of actor, director, activist Jesse Williams.

Today Twitter watched as he took to his platform to share with jaw-dropping, wig-snatching accuracy and eloquence why we need to consider how racism commands Ferguson, the shielding of officer Darren Wilson by law enforcement, and Black life outside of the margins of white gaze and consumption.

About All Those Times Celebrities Tried to Fix Racism with Racism 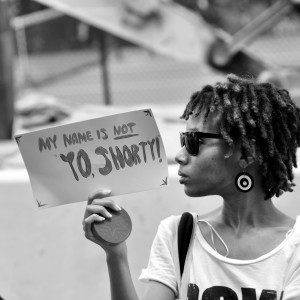 Buzzfeed recently published a video that shows a New York woman walking through the streets of the city that never sleeps…. October 29, 2014
...by TÆLORD•EXISTENCE. © 2016
Back to top