Black Art for Broke Blacks: A Voyage Through Time

Once again, marginalized youth are being taken care of with free screenings all over the country. Like with “Black Panther,” we here at The ViP, want to make sure everybody else, regardless of economic status, gets a chance to see “A Wrinkle In Time” opening weekend and during the first week of release.

Ava DuVernay’s imagining of Madeleine L’Engle‘s 1962 sci-fi/fantasy classic boasts a much more diverse cast of characters than the original: a Black Mrs. Which (Oprah Winfrey), a South Asian-american Mrs. Who (Mindy Kaling), a Filipino-American Charles Wallace Murray, who plays the younger brother of mixed-race Meg, the young star leading the film.

At $103 million, the film became the first directed by a woman of color made with a nine-digit budget.

Starting Wednesday, March 7, we’re offering free tickets to see “A Wrinkle in Time” by connecting those who can’t fit the cost of the voyage into their budget with those who can. Keep reading to find out how you can apply or sponsor someone’s voyage.

How do I apply for a Voyage Through Time (tickets to see A Wrinkle In Time)? Simply fill out this form. You can apply for up to two tickets if you plan to see “A Wrinkle In Time” opening weekend or within the first week of release. We’ll send your tickets directly to the email address you provide on the form once funds become available for your sponsorship.

How do I sponsor someone’s Voyage Through Time? First of all, thanks a ton for making this initiative possible. Second, please fill out this form to let us know that you’re putting extra in the collection plate to sponsor someone’s voyage and follow the links at the end of the form to complete your donation.

But what about other Black cinematic masterpieces? We started with “Black Panther” and thanks to about 250 sponsors we were able to offer more than 300 passports to Wakanda! This is just the beginning of our quest to lessen the burden of representation and make Black art accessible to all of us regardless of economic status.

After “A Wrinkle In Time” we’ll continue this initiative throughout 2018 for other films helmed by Black creatives. We all know the power of Black dollars and showing up for our own; let’s show Ava DuVernay and the “A Wrinkle In Time” the same love and support at the box office that we showed the cast and crew of “Black Panther.“

Why is this so important? Maybe you’ve seen the posts shaming those who dared to consider bootlegging one of the most anticipated films of our time (Black Panther); you felt the twinge of internal conflict because you know the burden of representation means the success of the first Black superhero film is make or break but a trip to Wakanda could break the bank.

We get it. We all know the pain of having to choose between rent and the consumption of empowering and socially innovative entertainment- a form of escapism for some, self-care for others. And we believe that economic status should not prevent folks from participating in culture in this way. All Black people, regardless of income, deserve to see ourselves visually represented in ways that are affirmed with dignity.

thank you so much for the new chapter. 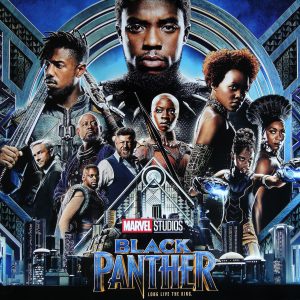 We are now only accepting applications for Passports to Wakanda (Black Panther) Fri-Sun due to the high volume of responses…. February 17, 2018
...by TÆLORD•EXISTENCE. © 2018
Back to top