Sometime late last year and during the earlier months of 2016, people started comparing Donald Trump to Hitler. The purpose was obvious; who doesn’t vehemently hate Hitler? It follows, then, that you’d hate Trump after seeing the horrifying similarities he shares with Hitler. There were infographics, think-pieces, even videos, all aimed at trying to get people to see the similarities between the two men. And honestly, it was all quite amusing.

Don’t get me wrong. My very soul shudders at the thought of Trump leading a horse to piss in an alley, let alone leading this country. But what makes me giggle is Americans’ shock, awe, and utter disbelief at what Trump has accomplished. The collective gasp and clutching of pearls as a response to him is hilarious, especially since he’s the manifestation of white America. It’s like being frightened by your own shadow.

What’s also entertaining is the irony of the above comparison. While America wants to pretend it hates these men, it is American capitalism—this country’s claim to fame—that created both Trump and Hitler.

After the first world war and a six-month session of pointing fingers (i.e. the Treaty of Versailles), Germany found itself at the bottom of the totem pole in debt. It owed England and France money, who in turn owed the U.S. billions of dollars. America decided the best way to solve this problem was by loaning Germany the money from Wall Street investment banks, the main one being J.P. Morgan & Co.

The loans were officially given to Germany so that they could pay their war reparations, but of course, the United States had a completely different reason for loaning Germany money. America wanted to restore Germany’s industrial potential so that it could control Germany’s financial system. Indeed, Germany ended up paying off their loans by selling shares of their companies and eventually, the U.S. integrated itself into the German economy; American banks and financial elite provided 70% of Germany’s financial income.

Who were these German companies that were suddenly under U.S. control and what did they do? I’m so glad you asked.

The list continues. Quite frankly, the United States’ involvement in Germany’s finances during the late 1920s/early 1930s is so pervasive, it reads like a conspiracy plot in a soap opera. By 1941, America’s investment in German economy totaled nearly 475 million dollars— that’s 7.7 trillion dollars, adjusting for inflation. Simply put, America financed the Nazi party and essentially Adolf Hitler himself.

And here we are again, treating historical reruns like they’re new episodes on Shondaland. Trump and Hitler are similar in a lot of the ways but the most insidious of these is the fact that their crimes against humanity were organized by the American financial elite.

RECEIPTS: Wall Street and the Rise of Hitler The Dawes Plan, the Young Plan, German Reparations, and Inter-allied War Debts Secret History: The U.S. Supported and Inspired the Nazis Big Banks Funded the Nazis and Launched a Coup Against the President of the United States Bonus: U.S. praises Hitler for using its propaganda techniques

NEVER FORGET: Black Women’s Hair Was Once Illegal Claudette Colvin Refused to Give Up Her Seat Before Rosa Parks Concentration Camps Were Perfected In Africa

[…] Sometime late last year and during the earlier months of 2016, people started comparing Donald Trump to Hitler. The purpose was obvious; who doesn’t vehemently hate Hitler? It follows, then, that you’d hate Trump after seeing the horrifying similarities he shares with Hitler. There were infographics, think-pieces, even videos, all aimed at trying to get […] read more […] 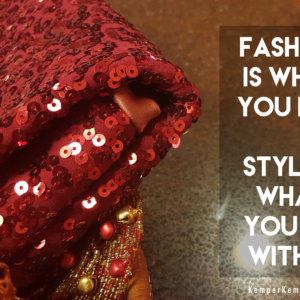 Inspirational. That’s the first word that comes to mind when I think of KemperKemper founder, Kemper Mitchell. After a few moments… April 25, 2016
...by TÆLORD•EXISTENCE. © 2018
Back to top