Podcast Episode 26: We’re Not Going to the Back of the Bus

Another week, another word from the ministers!

With Nicole Beharie’s fateful exit from Sleepy Hollow, we beg the question how much is too much for a Black woman in entertainment to endure? Should Black women take the Nichelle Nichols route and stick through being mistreated by their superiors in the name of diversity and representation? Or should they stand their ground and walk away like Melissa Harris-Perry at MSNBC? There’s no quick answer, but we know when there are faces of color in front of the camera but none behind the scenes, diversity means nothing.

On the prayer list are the family of former Saints player Will Smith, those on the East Coast still looking for Spring and Janet Jackson’s Nation (fandom) as they work through their identity crisis. Praises are sent up for the gift of Jazmine Sullivan’s cleavage, Jerrika Hinton as Stephanie Edwards and all the Black trap rappers teaching us how to move that dough.

During Color TV, we’re excited Nicole Beharie and Sleepy Hollow have parted ways. KAMMs and Willis are still waiting for Calzona to reunite on Grey’s and Scandal gave Liv an opportunity to relieve some of her trauma.  The congregation was in full agreement The Walking Dead finale was utterly and completely anti-climatic. With much of our Fall TV wrapping up for the summer, The ViP has got you covered on things you can do while your fave shows are on summer break. 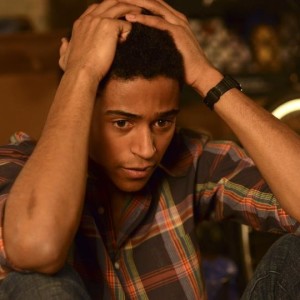