What happens when you mix an utter lack of chill and uncharted amounts of pettiness?

You get this week’s episode of The ViP Soapbox. With special guest and longtime friend of The ViP, writer Naomi Ko, the ministers delve into yet another discussion about domestic coloreds and their Hollywood competition with international coloreds.

As a Korean-American comedian with plenty of experiences dealing with the racist white-centered entertainment industry, Ko knows first hand the struggles domestic coloreds feel being pitted against their international counterparts. Coupled with her utterly blunt hilarity, Ko, without hesitation tells us how she feels about all those who believe Asian American entertainers aren’t as good/skilled as their international counterparts. 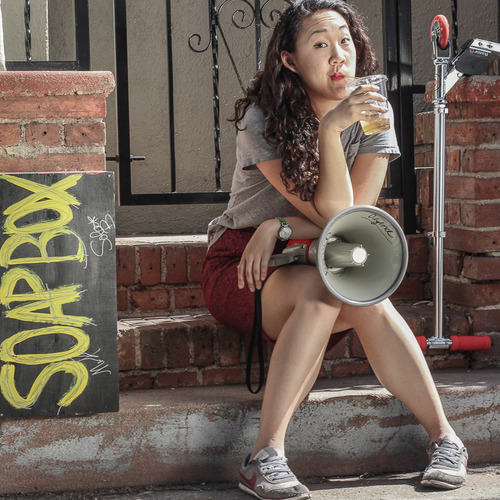 As usual the ministers are keeping white women, especially Hillary Clinton and Maria Sharapova, at the altar while Ko suggests deliverance for Trump supporters. We’re still in denial that we’re losing our First Family next year and because of that the ministers are always ready to clap back at Obama-haters. Anybody coming for the President, or any one of the Obama women, can always catch these metaphorical hands.

With yet another week of abbreviated Color TV, the ministers are still not into anything other than Viola Davis on HTGAWM and no one is here for the Michaela/Asher (Masher???) hookup. KAMMs and Willis are over Portia and David and we’re all wondering where Ellen is to collect her wife from the Scandal set.

Tune in this week for all the pettiness and all the honesty from the ministers and one of our faves, Naomi Ko. If you ain’t already hit that ‘subscribe‘ button, go on head and get to it. Then tell your friend to do it and tell that friend to tell their friend, so on and so forth…you get the protocol right?

Also, make sure you subscribe to our upcoming news bulletin, This Week In Wokeness, for all your weekly ViP-related goodness, starting in April.

The ministers start this week’s episode with an extra dose of shade for the greatest trap queen in American history: Nancy… March 9, 2016
...by TÆLORD•EXISTENCE. © 2016
Back to top