The ministers start this week’s episode with an extra dose of shade for the greatest trap queen in American history: Nancy Reagan, and the worst drug-using athlete in history, Maria Sharapova.

In yet another week of “you tried it, patriarchy,” the ministers discuss why the Nina Simone biopic is destined to fail and how Hollywood has shown us yet again that not even a reboot of Ghostbusters can let Black women be great.

We struggle with the prominence of Black British actors in Hollywood when Black American actors are still outchea struggling. As much as we want international Blacks to be great, we have to deal with the question, does nationality matter?

With some of our ColorTV staples taking a break this week we had extra side eyes to throw at some of our regulars. The only thing keeping us with HTGAWM is Viola Davis and her box braids…and Nate’s chest.

Willis and Dr. Wourde are convinced The Walking Dead is about to break their hearts and kill one of their faves, while KAMMs and Willis are sick of Jo’s shit on Grey’s.

Overall this episode is a hysterical journey from discussing the right thing to do in Black Hollywood to the final praise of comedies of color for only getting better with time.

If you ain’t already hit that ‘subscribe‘ button, go on head and get to it. Then tell your friend to do it and tell that friend to tell their friend, so on and so forth…you get the protocol right? Also, make sure you subscribe to This Week In Wokeness for all your weekly ViP-related goodness, starting in April.

LINKS + RECEIPTS: The Makers of Nina are a bold bunch Black Brits taking over Hollywood 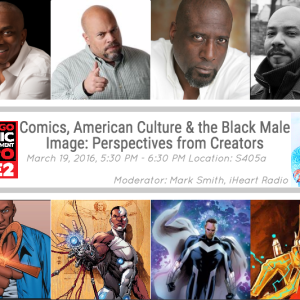 Black creators from DC, Marvel, “And… Action!” Entertainment and Rosarium Publishing discuss how their work challenges… March 3, 2016
...by TÆLORD•EXISTENCE. © 2016
Back to top