In This Week in Wokeness, we start off with our utter lack of surprise that violence ensued at the Ku Klux Klan or that MSNBC dropped Melissa Harris-Perry when she went public with her complaints. We acknowledge the awesome Oscar alternatives that were The All Def Digital Awards and the #JusticeForFlint concert. The ministers also drag Chris Rock for his disjointed and painfully awkward attempt at humor at The Oscars. As we journey on in the episode we lift white gays, especially ones who come for Black women, up in prayer in hopes that they’ll eventually learn not to come for us unless we send for them.

For Color TV, Black-ish hits a home run for handling state-sanctioned violence with all the respect and tact the topic rightfully. We’re all pretty tired of mediocre whites getting the shine on our favorite shows (i.e. Fitz on Scandal, April on Grey’s) and further confirm that Viola Davis is, in fact, the best thing on How To Get Away With Murder.

If you want to make sure you never miss an episode of The Vip Soapbox, go here and hit that ‘subscribe’ button. After you do that make sure to tell a friend and have them follow suit! Also, don’t forget to sign up for The ViP’s weekly newsletter starting in April here.

‘The Hidden Message in the Wiz’: Episode 19 of The ViP Soapbox is Up! 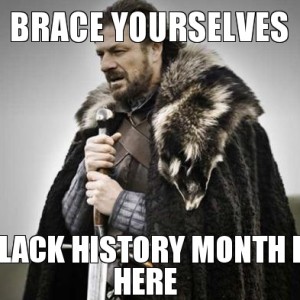 ‘The Hidden Message in the Wiz’: Episode 19 of The ViP Soapbox is Up!

Rejoice party people! The ViP Soapbox is back. Run to your nearest listening device, grab your favorite set of headphones… February 23, 2016
...by TÆLORD•EXISTENCE. © 2016
Back to top