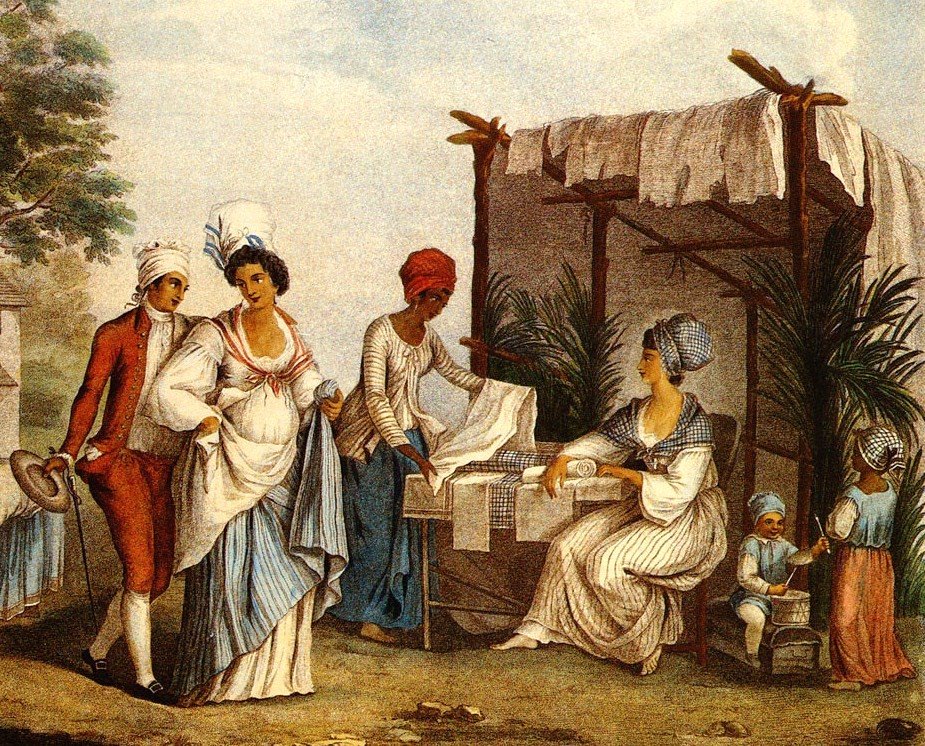 Black hair has long been a topic of discussion, if not a cornerstone, of the Black community. It is an integral part of Black identity, especially for women. While our hair and what it means to us individually may be unique, what is universal for all Black women is that our locks are closely tied to our beauty, or perception thereof. That’s why we go to such great lengths to care for and protect Black hair, not just in the literal sense, but also from outsiders who try to change or simply steal that part of our identity.

In recent years, with the onset of social media, it’s been easier to identify and call out these perpetrators. Cultural thieves who take Black hair, as well as other aspects of Blackness, and treat it with the same respect a white person treats raw chicken: cut it, be unsure as to how it’s seasoned, and then throw it in a large casserole. (I imagine that’s how casserole was invented…a white woman didn’t know how to cook all the ingredients separately so she just said fuck it, and threw it all in a bowl then set the oven to 350…or 375…but I digress)

Not surprisingly there was a period when white folks, or anyone else for that matter, just didn’t have time to copy & paste our style so they did what they do best—desperately tried to eliminate Black beauty. During the late 18th century, Black and Creole women in Louisiana were forced to wear head wraps, or tignons, because they wore their hair “in such elaborate ways that it attracted the attention of white men.” And when I say ‘forced’ I mean sanctioned, as in the Louisiana government passed laws to effectively regulate Black women’s hair.

The “tignon laws” were to not only prevent Black women from getting (unwanted) attention from white men but also to curb white women’s jealousy. At the time, it was customary for white, Spanish, and Creole men to have placées, or openly kept mistresses. And more often than not, they were choosing Black and Creole women to be their mistresses instead of white women. So, let me be clear when I say this: white women were jealous that they couldn’t be the side chick.

Now, I imagine there were some women who resisted these laws but the overwhelming response was, “LOL. Okay, girl.” Black women began to wear bright-colored tignons, proceeded to adorn them with jewels and other accessories, and used different styling techniques to wrap their hair. What was meant to signify Black women as inferior and hide their beauty was actually used to enhance it, thanks to the women’s ingenuity. 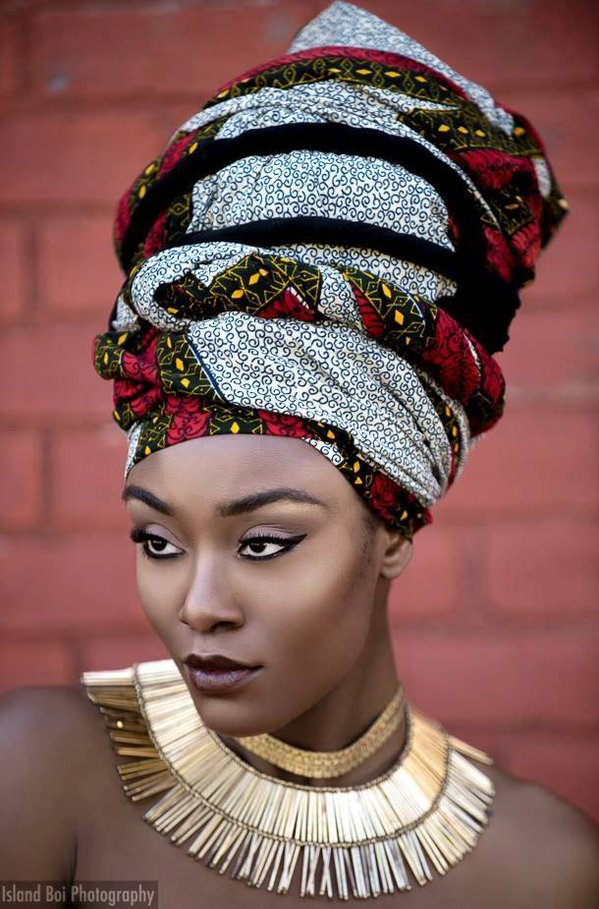 In 2016, we call that #BlackGirlMagic

NEVER FORGET: Claudette Colvin Refused to Give Up Her Seat Before Rosa Parks Concentration Camps Were Perfected In Africa The Integration of Schools Actually Made Things Worse

‘The Right One’: KING’s New Album is a Perfect Debut

[…] women’s hair has been controversial for a long time, in the 1800s banned black women in Louisiana from showing their hair, during slavery the violent shaving of black women’s afros was used […]

Hate on white people? Get real! Stop dismissing black women, their voice is important. Stop thinking white feelz are so fucking important and that we’re all just white snowflakes and reverse racism exists. No. Go away. And to the one who said to “move forward we must let it go”, go and educate yourself first. If you have an issue with black women telling the truth then as white woman, go and tell all the other white women to stop oppressing black women! That simple! I’m a white woman. I will call you out if you are white and making shit up. Shut up and listen. Black women are talking.

“The Wig is Off!” Black Hair and Black Freedom – Black Twenty-Something

[…] century, Louisiana legislators felt Black women’s hair was too elaborate, and Black women were legally forced to cover their hair in tigons. Not to be discouraged, Black women proudly wore brightly colored […]

The white people that passed those laws and the white women that were jealous and the black women that had to wear scarfs and tignons are long dead. It didn’t happen to you and I didn’t do it. To move forward we have to let go.

What point are you trying to make? Where would you want one to “move”? What actions have you taken to educate white women and yourself about petty jealousy, bigotry, and hate toward black women?

Let go of what? Black women are still oppressed because of their hair and skin. Oppression is still live and well in today’s society. There are a certain people that never want to face the truth and probably never will.

[…] heard of the tignon laws? In 1700s Louisiana, free Black women were forced to cover their hair with scarves. Why? Because […]

History is knowledge and part of history hurts. We have to learn from it to keep from repeating the negative aspects and consequences of history. Open your mind to history. It’s not always pretty. It happened. Now how we use that knowledge learned is up to us. No matter though, someone will always be defensive about history. Why? Truth hurts.

[…] Learn about yet another fascinating but disgusting point in American history in the below video and read more on the Visibility Project: […]

JRA, I supposed you advocate forgetting any ills committed by whites and simply allowing ourselves to be abused without discourse into infinity, then “racism” will be over. …Disgusting.

Yeah, that’s not happening and shouldn’t. Our pain, caused by your people should not be put aside just so you feel better.

Thank you. Sick of them and their “feelings”, while they trample all over ours with not a single ounce of remorse.

She better suck it up.

I did not write this article but I read it like you and I did not sense that the author was trying to hate on white people. I sensed that Ms. Willis was conveying the incredible level of suppression that women of color had to endure to simply live.

Perhaps you did not like the ‘prose’ style in which she wrote the article but you should not interpret her writing style as “just a platform to hate on white people.” This writer is extremely talented and intelligent. If she really wanted to hate on white people in her writing, she would write an article saying just that. Let’s give her the benefit of the doubt and thank her for writing about yet another era in the lives of women of color where we were given lemons and instead we made lemonade! Women Hold Up Half the World…

When someone knocks me down I get defensive. But if I start knocking them down in response then I am no better than them.

I thought this was going to be an interesting an insightful article but it’s seems like just a platform to hate on white people. That makes me sad. How are we going to move forward?

Who cared about the “sadness” of the Black women who were affected by these racist laws?

White people are amazing. They can commit the most horrendous crimes against humanity but can never handle the truth and historical documentation of said acts.

I could care less about your sadness until you start relating to mine. Period.

You sound very self righteous. This has been a long battle. We’ve (African Americans) been oppressed for hundreds of years now and you want to tell us how we should feel and react to the discrimination and atrocities committed against us for simply being who God created us to be? Walk in our shoes and then come back and talk to us. I’d guarantee you’d never give up your life to be a black person. We as blacks will continue to fight for the right to be treated fairly as human beings until it is done. We are God’s people and we’ve suffered enough… 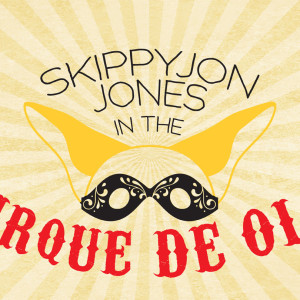 In my years as an educator and scholar, I have learned that education can be both empowering and oppressive. Specifically,… January 28, 2016
...by TÆLORD•EXISTENCE. © 2018
Back to top