In my years as an educator and scholar, I have learned that education can be both empowering and oppressive. Specifically, I have closely studied discipline in Black families,  racism in children’s literature and how all these things impact educational outcomes. 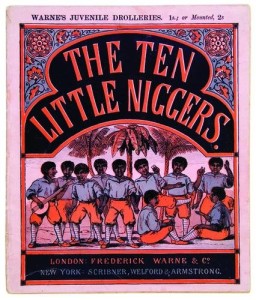 In 2014, Atlanta Blackstar published a piece: “8 disturbingly racist children’s books designed to devalue Black people.” Book titles like “Let’s Hurry or We’ll Miss the Public Lynching,” are just the tip of the iceberg. Public pressure and frowning upon blatant racism prompted overtly racist texts to be renamed if they were to stay in print (e.g. Ten Little Monkeys). Today, there are still children’s books in classrooms that have little to no representation of people of color or use stereotypes to misrepresent children of color.

Parents, I realize it is a lot of work to screen every book that your child reads. I am not calling on you to do more, but rather alert you and provide some tips as we work on this glaring issue. This problem speaks to the racist foundation on which the current education system was built. Here are some things to look out for to determine if your child’s book just might be racist. 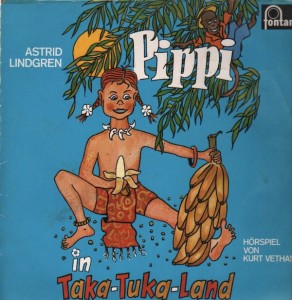 1.The author is white. Often, books written about people of color are not written by people of color. It is difficult, if not impossible for people to write authentically outside of their identity and lived experience. Thus, as an author, this leaves room for error in how “outsiders” are represented.

Additionally, not everyone has come to assess their own stereotypes and prejudices about people who are different. In these conflicts of identity and authorship exist books that are gross misrepresentations of people of color. I would not argue that any children’s book written by a white author is wrong or racist, but I would say it requires a close examination at the very least.

Pro tip: Google the author’s other books, their bio and perhaps the tradition of books they write. If any of their work makes you uncomfortable, do not allow your children to read it.

2. Illustrations matter. In picture books, illustrations are just as crucial as words. If a child cannot yet read they are still absorbing representations of others through images. In the history of children’s literature, people of color are represented by animals such as monkeys, dogs, or some mixture of animal and human. In this history of characterizations of people of color, these have been used to dehumanize us and justify maltreatment.

Pro tip: If an illustration is not what you know to be true for your community or it feels like a stereotype, it likely is one. Also be sure to check for stereotypical images for other groups (e.g. women, other POC, etc.)

3. Mock language is used. Language is just as important as illustrations in children’s literature. The earliest literature shapes how children perceive and understand themselves, their native language and how they make sense of the world.

In the Skippy Jonjones book series, the main character is a white Siamese cat that wants to be a chihuahua. Skippy Jonjones dresses in stereotypical Mexican attire. The most common outfit was fashioned after the movie character Zorro. Skippy also attempts to speak in Spanish. The Spanish is often “Spanglish” or the words are used the wrong way. The book titles “Cirque de Ole” and “The Great Bean Caper” mock the language and culture of [email protected] people.

Pro tip: If a book uses other languages for reasons other than informational purposes, pay attention to how those languages are either blended with or separated from English. Look up the words if you are unfamiliar with the language, to identify if it is being used properly.

Pro tip: Relationships should be balanced and reciprocal across difference. 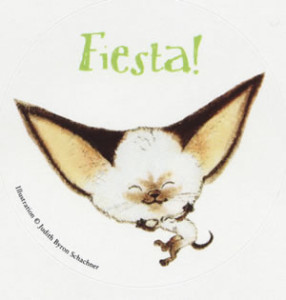 5. Lies. Lots of lies: Recently, scholastic books recalled a newly published book for depicting George Washington’s slaves as jovial and honored to serve the President. Imagine that, slaves happy to be slaves? Nah.

Pro tip: Even if you don’t know the history of a particular group of people, look up the time period of the book. If you know the history, pay attention to how it is framed (e.g. Native folks were not in happy communion with their colonizers, Thanksgiving is a holiday built on genocide, slavery was not loved by nor good for Black people, The United States was not built for everyone).

All that being said, there is hope! There are a lot of great authors of color out there working against this trend. There are also educators working to change the dynamics from within schools. The list above is the reason I decided to write a children’s book, soon to be released. The book, called “Hope Dealers” features three Black educators and artists as super heroes who give other people hope in their life journey. The goal: to share a positive message of resiliency and give authentic representation of our lives. Additionally, it serves to represent a sense of community, which we all need to survive racist and prejudiced realities. These are the narratives needed in children’s literature for and about Black people and other people of color.

I’m interested in this problem as well. I haven’t looked much, but I believe there are many children’s writers out there that focus on inclusion and empowerment, such as The Girl God series.

Greetings and thanks for this illuminating article. Was wondering if you knew of any good children stories challenging racism, xenophobia and sexism? Appreciate it. Atefeh 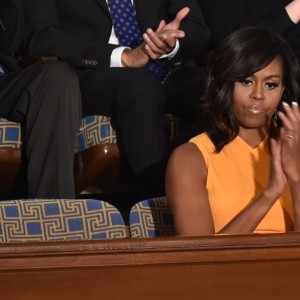 Wazzam fellow brethren and sistren! Your favorite ministers of shade and pettiness have brought you another episode of the ViP Soapbox. This… January 20, 2016
...by TÆLORD•EXISTENCE. © 2018
Back to top