‘No Indictment’: Karega Bailey and King Keon Take On White Supremacy in Their Latest Release

Overnight, Karega Bailey’s “No Indictment” track dropped and was picked up by Urban Cusp, AllHipHop.com and various other online platforms. I had the honor of watching the video a few days before it premiered and all I could say was “Brother, this is fire! Straight ether.” In reflection, I had much  more to say about this particular work of art.

Karega Bailey has built his music career and educational practice on speaking truth to power about education, social ills and Black excellence. On his Peace King Album, tracks “Crime Pays,” “Hip Hop Culture” and “Black History/Black Lives Matter Pt. 1 and 2” deliver raw truths about the dying respect for hip hop as an art, the slanted justice and education systems, and the pain that comes with being Black in America. 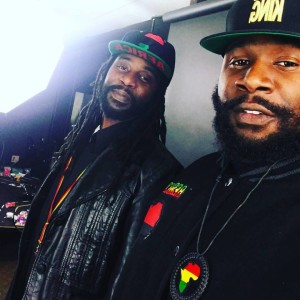 Karega has done it again in his collaboration with his brother King Keon and producer E.N.O.N. Jacobs to deliver a new message in a more direct way. The track “No Indictment” is “Peace King” 2.0 in the way that it grapples with activism and strategy in the Black Lives Matter movement.

Karega and Keon’s music, in the tradition of hip hop, tells a story. A narrative that begins from his earliest work until now. The message of this track: Unify the people and build for ourselves.

As an activist scholar and educator, this song particularly tugs on my heartstrings. I have felt rage and in it, wanted to resist “by any means necessary.” I have questioned all the ways I engage in activism, wondering “is this enough?”

“It’s evident I’m militant. That don’t mean I’m violent. Contrary to your rights, it ain’t right to remain silent. Not when all our kids are dying. Somebody gotta fight to protect what’s right.” –Karega Bailey

In explaining my activism choices to others, I express that putting my body on the line in the form of marching is sometimes, the only thing I have left. For me, it releases a heavy energy while disrupting business as usual. That being said, I understand all levels of response from passive boycotts to taking up arms, because I have had a desire for them all.

In conversations with Karega Bailey, I have acknowledged the limits to protesting and demanding rights. While both of us still organize and participate in demonstrations, our work primarily focuses on healing justice. Personally, when I am not marching, I redirect my dollars where I can to Black businesses, conduct research on the Black family, work in the community with Black and Brown youth and use my writing to speak plainly about racism.

“Military mindstate. Organize the village. Respect, protect our women form a circle around our children. Elders at the center, we rely upon their wisdom. Guidance and their counsel, show them honor while they’re still living. ” –King Keon 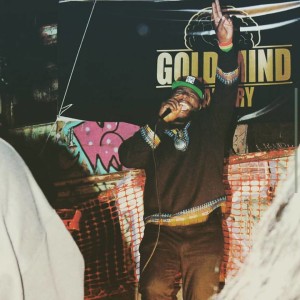 The messages in the music goes beyond the studio. Karega is regularly seen in community with others in all the cities he calls home. Karega’s music is a direct reflection of who he is as an individual. Karega’s grassroots work sets him apart from other artists who create music for the movement. Recently, we collaborated to host a conversation in Sacramento called “Heart of the Matter” with artist Demetris Washington, also known as B.A.M.R. The goal was to facilitate through art, an exchange of ideas around healing for a hurting city. The mothers and friends of a teen who was recently shot and killed in Sacramento were in the room, along with elders known in the community. 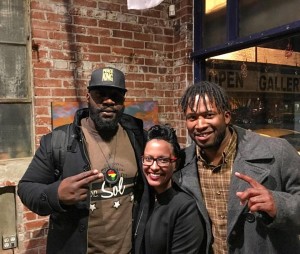 Together, we covered topics such as anger, revenge, self care, blame and community action. We vibed to the track “Alone” while examining the visual artwork of B.A.M.R. The impact was evident. Without breaking the confidentiality of our safe space, it was clear some began their path to healing that day.

As an educator, I believe in the power of music to influence youth. As a result, I’ve used a variety of Karega’s current and previous work to discuss matters of race and social justice topics with middle school and high school students. Every time I do,  it is clear in the critical questions and raw responses that Black youth feel the weight of racism daily but do not have an outlet to freely discuss. Through hip hop, we provide them that avenue. 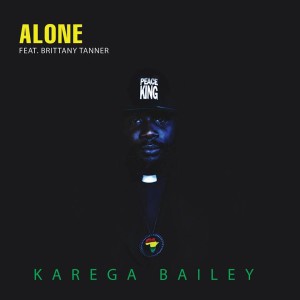 Karega Bailey and King Keon have provided us with a track that can lead us into conversation and action. As we approach a year of deeper work and strategy for the movement, let us remember and support the artists who use their platform to speak truth. Thank you for your work. 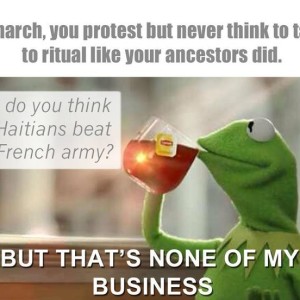 Happy New Year good citizens of the world! It’s Tuesday so you know it’s time to make your way to your favorite listening… January 12, 2016
...by TÆLORD•EXISTENCE. © 2018
Back to top