The top search for canonize on Google yields the definition: officially declare (a dead person) to be a saint. Additionally, it means “to regard as being above reproach or of great significance.” A context quote written under the second definition reads, “We have canonized freedom of speech as an absolute value overriding others.”

I have noticed a lot of conversation about what falls under freedom of speech and what doesn’t. For example, hate speech versus “Black Lives Matter” as an assertion. People do not understand the nuance or difference between when white people scream, “free speech,” and Black people yell, “no justice, no peace; no racist police.” One has to wonder then, who exactly is covered under the canonized version of free speech, who is protected?

In a conversation with a loved one, we concluded that free speech is a privilege taken for granted by most Americans, which lead us to ask two questions: Who or what is an American exactly? Black people in America are not full citizens. It is clear when our children are murdered with no consequence, that no one is safe. Secondly, are we avoiding the harsh reality faced by our children with their lives? Remember, you have to live to speak. Because they can no longer, we must as Damon Davis said “Canonize the kids.”

The non-indictment in the murder of Tamir Rice hurt. Yes, every other murder of Black bodies at the hands of state-sanctioned violence hurt. However, there is something particularly painful about this one. A twelve-year-old Cleveland boy was murdered for doing what twelve year old boys do—play with toys. Yet he was believed to be an adult, given two seconds to comply and shot on site by a White police officer. 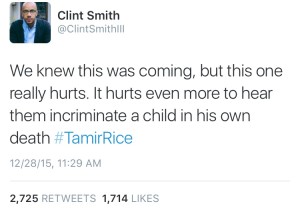 In these cases, people look to rationalize why this is all happening. How can one rationalize the murder of a twelve year old boy? Why are police officers with real guns, trained to shoot to kill, claiming to fear for their lives when a Black child plays with a toy gun? How could this be chalked up to “human error?” It cannot.

There is no other answer to turn to aside from racism. Stereotypes of Black bodies lead to discrimination and acts of violence. Black boys are scary. Black girls are scary. Black people are scary. Let’s lock them up. Kill them. Falsely accuse them. Because they “fit the descriptions.”

A recent study found a huge disparity between the ages at which Black boys versus White boys are considered adults. Adultification of Black children implies unrealistic expectations for how they should interact with others and authority figures for their age group. It labels our youth “thugs,” “ghetto,” and “violent” while eviscerating their lives on a public platform to justify their murders, trying them as adults.

The problem goes beyond the police state and justice system. Adultification also allows teachers and school police to penalize Black children more harshly because “they should know better.” Never is there a question about mental health, failing education systems, police accountability, the school to prison pipeline, the inundation of drugs in our communities, lack of access to necessary resources, bias in housing and job options, etc.

The burden rests with Black families, called to talk with their children about how to respond to “authority figures,” reminding them they cannot play like other children play. In this way, we also treat our children in a way that adultifies them, a byproduct of the racist reality of being Black in America.

Let me speak plainly. A Black CHILD was taken by the very people who vow to protect and serve him and NOTHING WAS DONE ABOUT IT. Power and privilege is in the hands of the few and they are using it. At this rate, it should be clear, that this is the goal of systemic racism. The only thing we have left is to work to radically redistribute power in order to “Canonize the Kids.” 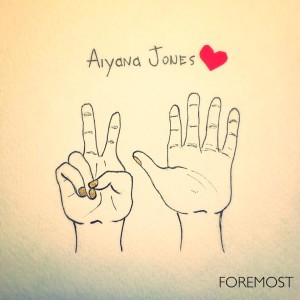 SAY THEIR NAMES. Uplift the families. Raise radical children who understand and fight back. Tamir’s murder, if none other, should be a call to action. A call to protect the future of Black life, by any means necessary.

Art can be used as a form of healing and a political tool to engage the public. Use it. Writing, the same. If you teach, teach political education, social justice, the truth of our history. At the very minimum, check your privilege. We each have talents and at this point, they are all needed, because this mess is fucked up.

Cover each other in Black radical love, pause the politics that cause you to point the fingers at your own people and if you’re already fighting radically, keep on keeping on.

If you’re White, please, get your cousins. If you’re another person of color who does not identify as Black, we have much in common. Let’s build. Sending Black Love, Black Healing and Lots of Light.

6 Reasons 2016 Could Be a Bigger Year for Serena Williams 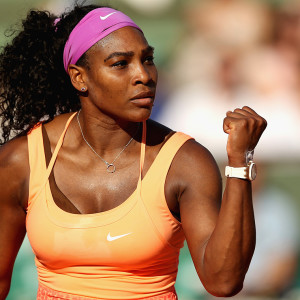 6 Reasons 2016 Could Be a Bigger Year for Serena Williams

Last year, the world got to watch Serena Williams, one of the greatest athletes of all time, complete an epic sports season…. January 4, 2016
...by TÆLORD•EXISTENCE. © 2018
Back to top