My Pain, Your Tears: White Tears, Black Lives and Depression

I recently had a conversation with a White colleague and friend who identifies as an ally to the Black Lives Matter movement. My colleague expressed discomfort with the rising trend of “White Tears” paraphernalia, because she struggles with depression. Additionally, my friend has some very pressing matters in her life, so the idea that someone would be mocking the real pain she experiences, bothered her. As this is a friend who I consider conscious, I was gracious in the conversation. I expressed that I too, have battled with depression but I also experience racism. As a result, depression lands differently for me as a Black woman.

What is “White Tears” anyway?

In examining social media behavior as it pertains to race conversations, it has become clear Black people cannot assert any space, celebrate important moments, or create hashtags without some White people expressing angst. White folks go as far as to create counter hashtags such as #thanksgivingwithwhitepeople #whitegirlmagic #whiteoutday. Damon Young (2015) in a recent article described White Tears as “what happens when certain types of White people either complain about a nonexistent racial injustice or are upset by a non-White person’s success at the expense of a White person.” It is an extension of White privilege, or the unearned advantages White people experience simply for being White in society.

I would like to extend the argument made by Young here to also include, particularly in Black Lives Matter or Black Liberation movement work, the quickness with which White people express their feelings of judgement, discrimination or guilt around the topic of racism. For myself, when engaged in conversation about matters or race or oppression, I rarely speak in absolutes (e.g. “all” White people) because I am referring to systems (e.g. education, justice) of oppression rather than individual people. I can still acknowledge however, that individual people can carry our racist ideologies, taught to individuals early and reinforced by systems. In these responses that are often deemed “White Tears,” White people are dismissing systemic oppression and taking personally, challenges to racist actions, ideologies or practices. All this being said, White tears is not a reference to every time a White person cries as a form of expression, but rather when those tears are a direct result of resistance to Black people asserting space, celebrating, or as Young expressed, unreal racial injustice. It is also, not designed to mock the personal hardships White people experience. Check out this recent tweet that simply situates White privilege and hardship:

In other words, life can be hard for White people, yes. But it is not hard because they are White, it is hard because life is hard, adulting is hard, poverty is hard, sexism is hard, but White people cannot claim hardship as a result of being White.

Now that White Tears has been fleshed out a bit more, let’s talk about the reality of depression. My friend initially had a legitimate point. Depression is real, the implications of depression are real and for someone who is not connected to movement work or a community of people (un)learning oppression, it may be difficult to separate the concept of White tears from real tears caused by factors such as depression. In an article from September of 2014, Hamm Nia shares that between 17-20 million Americans are affected by depression each year. Additionally, the research shows that to be a woman and a Black woman means to experience depression at higher rates than the greater US population. Women and Black people are more likely to report major depression compared to their White counterparts. The reasons for this vary, but as this article highlights, for African American people in particular, the residual effects of slavery in current society, is one such barrier to Black people experiencing depression, seeking treatment and/or acknowledging depression in the first place.

I say this to say that White tears, Black Lives and depression as a conversation, involves understanding that our identities are many and they often collide at various intersections. The word, intersectionality, implies that in an examination of social issues, one must consider more than just race, class or gender. Rather, each of these (and other forms of oppression) are crucial to understanding how a person may be experiencing life. While this is true for all people of color and White people, White people have the privilege of race not being a consideration in how they navigate the world and live their lives.

Getting Embarrassed in Front of Company: Episode 13 of The ViP SoapBox is Here

NEW EPISODE: The Year of Resistance: An Inventory of The Blackest Moments of 2015

I’m white, and I’ve cried in response to the horrific treatment of Black people — in empathy and rage and despair at the terrible stuff that was done to them. I also cried over “Bury My Heart At Wounded Knee” and the horrific oppression of Native Americans and First Nations.

So when I first saw the phrase “white tears”, I naively thought it was in response to people crying empathically at the suffering, and that maybe Black people were upset because we were empathising with historical oppression but not doing anything about current oppression, or something.

When I realised that there were white people crying because they were upset at the realisation that Black people might have a bit of a grudge because of all that oppression, I was absolutely horrified. What a bunch of douchenozzles those white people who think it’s all about their feelings of trauma or their fear of being seen as racist are. Ffs.

Hi, white woman, here. My understanding is even empathetic tears are not welcome, as you’re taking attention away from the real conversation/problem, because people feel the need to comfort you. That’s how I understand it after reading the below recently.

See #3 in this article: http://everydayfeminism.com/2016/02/white-people-emotions-tears/ 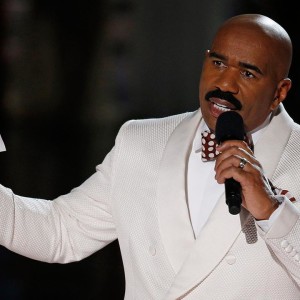 Getting Embarrassed in Front of Company: Episode 13 of The ViP SoapBox is Here

Happy Tuesday good people! It’s that time of week where the folks over at The Visibility Project come together to go over… December 22, 2015
...by TÆLORD•EXISTENCE. © 2016
Back to top