It’s hard to tell though — so much so she’s been called a sidekick on her own show. We can attribute part of that to the typical woes actresses of color deal with. But, there’s also something to be said for the direction Beharie’s Abbie Mills is taking on the show. 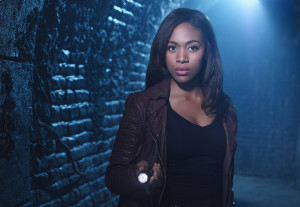 Beharie plays Lt. Abbie Mills opposite Tom Mison’s Ichabod Crane. Last season Abbie and Jenny Mills (Lyndie Greenwood) fans were told to be patient, that we’d see more, hear more, get more of the characters and their backstories as they were developed. A season and a half into the series and we’re still waiting. We were teased with the casting of Aunjanue Ellis as Moms Mills and from the looks of the most recent sneak peeks, we’ll finally get to see that come to fruition. The question is, will the wait be worth it?

Perhaps all of our last season complaining, dragging, and shading of Katrina stuck with the writers so much they felt the need to spend seven episodes trying to provide receipts. We appreciate the effort. The problem is the fans in general are quite unimpressed.

Speaking of which, have you noticed all the stories (and screen time) of the characters of color have been diminished? Even after being promoted to the main cast, Orlando Jones and Lyndie Greenwood are still missing from whole episodes and we’re left with incessant complaining, whining, manipulation and condescension from Ichabod and more whispering and feeble powers from Katrina.

If it took 20 episodes to show us Katrina as a character, at this rate it would be season four before we got to see Captain Irving, Jenny Mills, or the lead character, Abbie Mills fully developed. While I’ll be tuning in as long as Nicole Beharie is on the screen, a lot of Sleepy Heads just don’t have the time or patience – something the show’s ratings seem to be reflecting.

Let’s not get into the fact that John Cho’s Andy Brooks and Nick Gonzalez’s Luke Morales are…gone. But the Crane’s want to spend their time and efforts saving a demon’s disciple who doesn’t want to be saved. 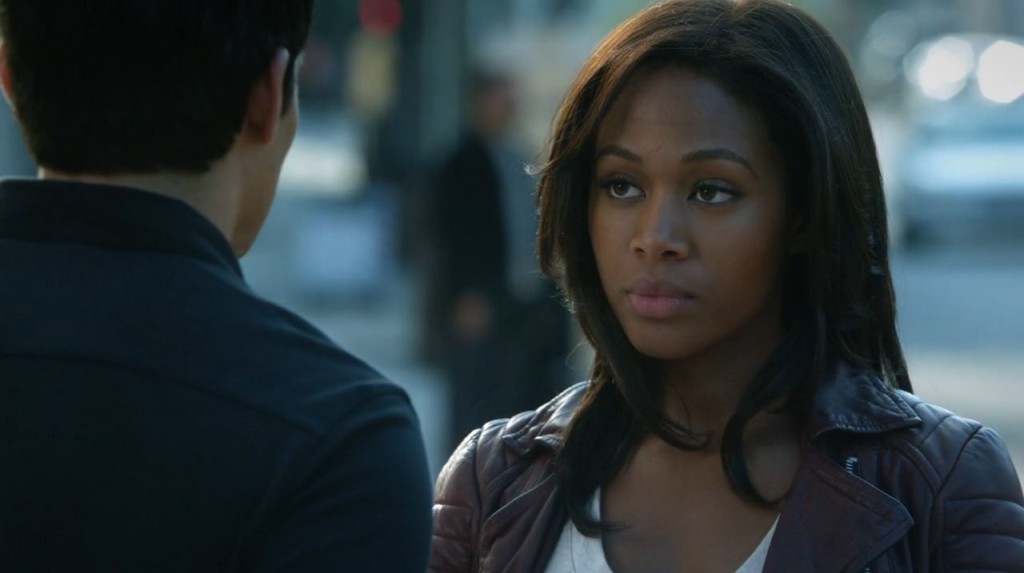 Lowkey, Sleepy Hollow played us. They spent the first season basking in praise for having such a diverse, balanced cast to making a beeline toward industry norm in the span of a season. So far, they’ve over-promised and under-delivered.

Except for the addition of Sakina Jaffrey as Sheriff Reyes, Sleepy Hollow has been awfully bland lately. The writers have responded to questions surrounding Katrina’s development but have yet to acknowledge the fans who are calling for better writing and development of Abbie Mills with the hashtag #AbbieMillsDeservesBetter.

Orlando Jones, Nick Gonzalez, and Nicole Beharie all have though.

Ultimately this just tells me the folks over at Sleepy Hollow have yet to fully realize that Nicole Beharie, in many ways, is an anchor on that show — something that Beharie realized just recently when she was invited to Comic Con in London “without [her] white male counterpart and it was packed.” People tune into see Nicole Beharie. People tune in to see Lyndie Greenwood and Orlando Jones. There is a great portion of the fanbase who don’t just tune in to see the “Ichabod Crane and Friends” show. I’ve only been saying this for the past year, but here – now you have receipts: 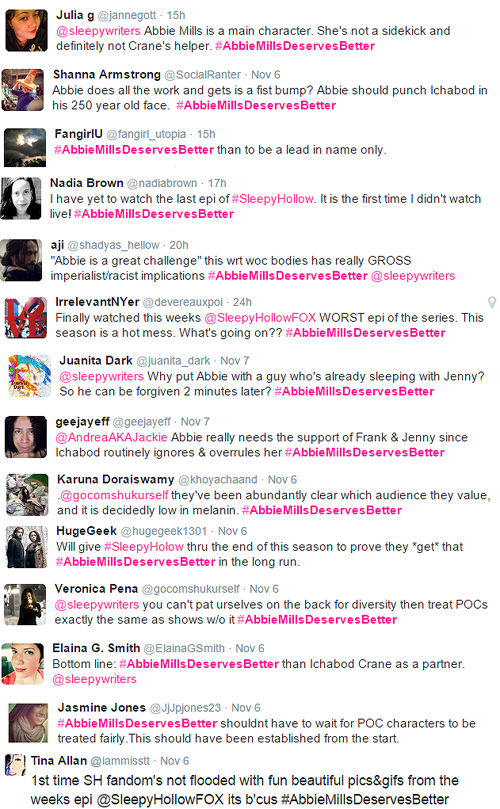 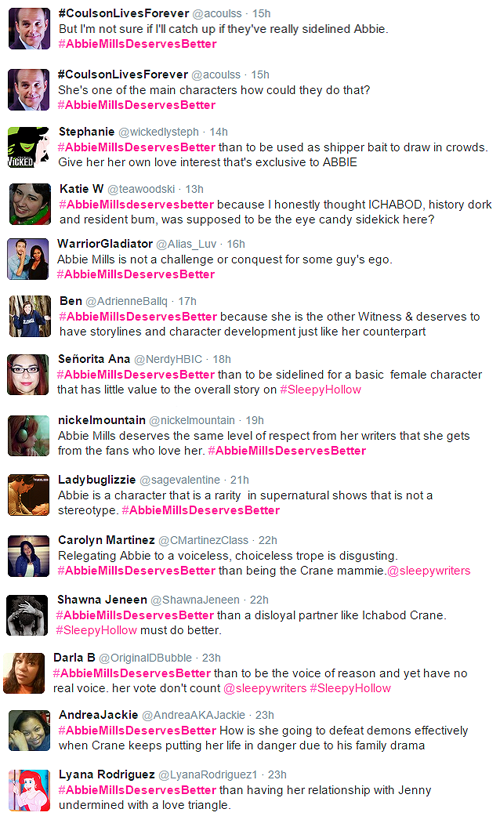 (images courtesy: KiaraSnaps on Tumblr) All hope isn’t lost yet. Nicole Beharie promises better in the next episode and urges us to stay tuned:

Episode 9 you get a bit more of The other witness’s back story… Let me know what you think. Stay Tuned!! #SleepyHollow#loveyousleepyheads — Nikki Beharie (@NikkiBeharie) November 8, 2014 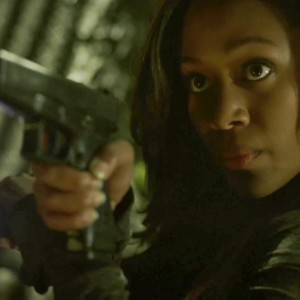 The Twitter account for the series recently posted a shout out to former LAPD Officer Mario Cortez, who is a consultant for the show…. November 8, 2014
...by TÆLORD•EXISTENCE. © 2016
Back to top