We’re back with the Fall 2015 Color TV Primetime schedule — the shows we’ll be following, live Tweeting, and covering on The Soapbox (official podcast of The ViP) this season.

Below are 23 shows, which is more than 300 hours of television featuring people of color, 26% of which includes first season premieres. This marks a definite improvement from just last season.  Most of these shows are on the big networks including ABC, Fox, and NBC. After “The Good Wife” sent home the last PoC, Archie Panjabi, the only other shows we’ll be tuning in to CBS for is “Elementary.”

Each show on the schedule features at least one actor of color in a prominent role, with Shonda Rhimes’ “Grey’s Anatomy” being the most diverse in cast and character. For at least the second year in a row, ABC proves to be most diverse in primetime (eight shows) in terms of ethnicity and LGBTQ+ identity. Fox comes in at a strong second with seven shows on this season’s Color TV schedule and right behind them is NBC with five.

What are you watching this fall? Which shows would you like us to cover on the podcast. Drop a comment or hit us on Twitter @TheViPSoapbox to let us know!

Below are the shows we’ll be live tweeting this fall. 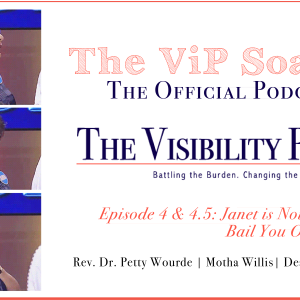 Wazzam party people! It’s that time of the week when you can lay down your burdens and get your weekly dose of wokeness because… October 6, 2015
...by TÆLORD•EXISTENCE. © 2016
Back to top