There’s a difference between being funny and being a stand-up comedian. Anyone can land a joke at the right time. A lot of people can turn a phrase or tell a story in such an entertaining way, it makes people laugh until they cry. But it takes a certain amount of skill to engage a room full of people for an extended amount of time and make them laugh for the majority of that time. If you’re putting that skill to the test for the first time at a large event, it also takes an enormous amount of confidence.

Confidence is exactly what Dan Matthews exudes as he prepares to make his stand-up debut at the Cherry Poppins event during The Comedy Comedy Festival. He admits that while he’s excited, he does have some nerves. “I didn’t think I was going to be but I’m actually really, really nervous going into it. Stand-up comedy is a really mentally challenging thing to do.”

Dan— a rapper, producer, and Youtuber— is no stranger to performing in front of crowds. His stage presence and his admiration for stand-up comedy are two things that he believes makes him ready to showcase his talents. “I’m really inspired by other stand-up comedians. I think it’s such a difficult art form and I wanted to test my abilities.” Dan specifically chose to participate in The Comedy Comedy Festival because it shines a spotlight on Asian-American comedians and performers. “It’s kind of the same old story. There’s not a lot of representation for Asian-Americans, especially in comedy,” he said. “And it’s so cool that Jenny [Yang] and her team are doing this. This seemed like the right place to debut.”

Cherry Poppins is only for first-time stand-up comics, so Dan won’t be the only newbie on stage. He hopes, though, that his confidence can translate into success at the festival. When asked if he would continue doing stand-up, he commented that it depended heavily on the response he gets from the audience at Cherry Poppins. “It seems like it’ll be a really good opening group. And depending on how this set goes, I may want to continue.”

You can see Dan’s personal coverage of his experience on his Youtube channel, ISAtv. For more information about the festival and where to grab your passes for the fest click here. For more updates and such about what’s happening at the fest follow The Comedy Comedy Fest on Facebook and Twitter. 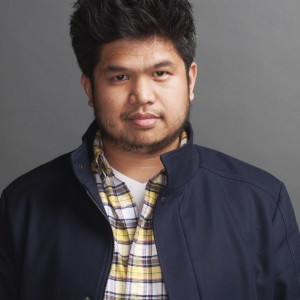