New Orleans, LA – Token Empire, a new original web series currently in development, has released a teaser for its Kickstarter funding campaign. The campaign which is already a staff pick on Kickstarter.

Token Empire tells the story of a dysfunctional New Orleans rock band that must scramble to make good on their potential after a lucky break. The funny and heartbreaking series examines six characters going against the grain of what’s expected from their race, gender, or class, and puts a fresh spin on twenty-something drama, dealing with real issues—substance abuse, mental health, love and loss—frankly and without cliché.

Co-creators Lizzie Ford-Madrid and Darren O’Brien draw inspiration from their Southern roots and mutual love of music to celebrate a side of New Orleans often ignored by traditional media: a place with an unbeatable can-do spirit home to misfits and dreamers, magical without being “magic”.

The music-intensive series will include original compositions with performances from local New Orleans musicians. The teaser features the song “Learned My Lesson”, set to be released to donors during the campaign.

Token Empire is a web series about a band of dysfunctional musicians with a chance to make it big…if they don’t self-destruct first.

Lizzie Ford-Madrid (show runner) is from New Orleans. Her photography has been featured in CityLimits, InvadeNola, and Timeout New York. Her second short film, The Sharpest Knife, an adaptation of Shakespeare’s Sonnet 95 re-imagined as a 1940’s noir piece made for the New York Shakespeare Exchange, was nominated for a Project Greenlight Greenie. She finds that her Afro-Latina background still perplexes some people, and as a writer and director she is attracted to stories about people that refuse to fit into boxes. She uses her voice to show that the black experience is not monolithic, with hopes of being part of a larger movement to change the conversation about what it means to be a person of color in America.

Darren O’Brien (head writer, music supervisor, role of Liam) is from Memphis. His music criticism and journalism has been published in Where Y’At?, Antigravity, and Impose. He fronts the band Wildly and has previously performed, recorded, toured, or otherwise been associated with Esque, Other Crimes, Dead Phones, Black Sunday, It Lives, the Outfit, Sir Stephen, and others. The fifth child of Irish and Scotch-German yankee Catholic parents raised in Baptist country, he says that never feeling fully part of any one culture, generation, or class led him to seek out complexities, never trust dichotomies, and expand the horizons of any conversation.

Why I Have No Problem Paying to See ‘Dope’ Multiple Times: A Review [Spoilers] 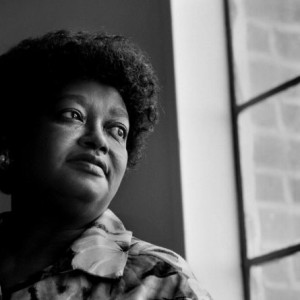