…as a teenager, I kept thinking, Why don’t the adults around here just say something? Say it so that they know we don’t accept segregation? I knew then and I know now that, when it comes to justice, there is no easy way to get it. You can’t sugarcoat it. You have to take a stand and say, ‘This is not right.’ And I did.

In 1955, a Black woman, on her way home after a long day of work, boarded a bus in Montgomery, AL. At one of the stops, several white passengers got on the bus, and the bus driver ordered four Black passengers to vacate their seats and move farther back. Three of those passengers complied. One, the Black woman, refused to move. She ignored the bus driver’s demands and was subsequently arrested.

This is not the story of Rosa Parks, who was arrested on December 1, 1955. This is the story of Claudette Colvin, who also refused to give up her seat to a white man on a Montgomery bus…except she did it on March 2, nine months before the Rosa Parks incident.

From elementary to high school, every history book I read told the story of Parks and how she was the first Black person to publicly challenge the segregation laws of the Montgomery bus system. “Rosa Parks is a hero,” we were told. Why did we never learn about Claudette Colvin?

Claudette Colvin was a 15-year-old student who had been a member of the NAACP Youth Council. As such, she had been actively learning about and participating in the Civil Rights Movement. Her refusal to move that day was a deliberate act of civil disobedience and laid the foundation for the Montgomery Bus Boycott. The only reason Colvin doesn’t receive the proper recognition today is due to the respectability politics of civil rights leaders, including E.D. Nixon and MLK.

Colvin was young and outspoken, and like her peers, was mislabeled a troublemaker. She was also a few months pregnant at the time of her arrest. Because they believed that conservative Black churches wouldn’t rally behind her, civil rights leaders refused to organize a boycott or any kind of action around Colvin. Instead, they waited for an “ideal” representative for their protest and in doing so, they successfully shifted the narrative away from Claudette to Rosa Parks.

I knew why they chose Rosa. They thought I would be too militant for them. They wanted someone mild and genteel like Rosa.

Usually, when we examine the narratives of our people told to us in history books, we find that they were severely distorted by the white supremacist agenda. Here is an instance where a narrative— the beginnings of the Montgomery Bus Boycott— was changed by those who were seemingly fighting for us. And it’s a perfect example of why respectability politics has no place in any revolution.

What’s most troubling is that after Claudette, there were at least two other Black women who were also arrested for refusing to give up their seats on a bus, both before Rosa Parks. Aurelia Browder was arrested in April, 1955 followed by Mary Louise Smith in October. Which means those so-called leaders purposely waited to take action, as if they could afford to do so. Obviously, the boycott organized around Parks was successful, but look at how much time was wasted to get there. What more could they have accomplished had they been immediate and swift in their response? And how powerful would it have been for other young activists (who were the real MVPs of the movement) to see a peer at the forefront of their cause?

The next year, Colvin, Browder, Smith, and two other Black women were all plaintiffs in the federal suit, Browder v. Gayle. It was their case that challenged the bus segregation laws, which were deemed unconstitutional by the U.S. District Court and later upheld by the Supreme Court.

What Rosa Parks did was courageous and necessary, yes, but she’s not the pioneer that we should be heralding.

Claudette Colvin, we salute you.

NEVER FORGET: Concentration Camps Were Perfected in Africa Northern State Codes Paved the Way for Jim Crow One of The First People to Win Their Freedom Was A Black Woman

Good Article. Heard about this before, but didn’t know the details. 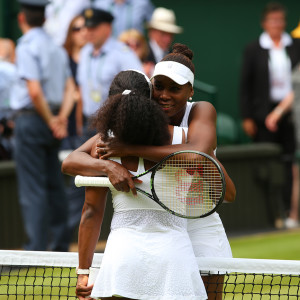 Two of the greatest tennis players in the world met once again in a grand slam on Monday morning. Venus & Serena Williams… July 6, 2015
...by TÆLORD•EXISTENCE. © 2018
Back to top