In my adolescence, my peers and I were taught the North held promises of freedom for runaway slaves. The Northern United States was a mecca, populated by quakers, abolitionists, and other new age thinkers of unicorn level caliber that paved the way for Black people to live in bliss. Every Southern and Mid-Western state simply needed to follow the North’s example, and equality would surely follow.

This version of history couldn’t be any more sterile and whitewashed if it chugged a bleach smoothie for breakfast.

While it is true that many Northern white people believed American slavery was abhorrent, this doesn’t mean they saw our ancestors as their equals. The State of New York is a prime example. In 1799 white citizens of New York passed their first emancipation law (guided by a strong fear of being relegated to the suffering and abuse Black people endured through slavery and indentured servitude). Shortly after they began drafting legislation that would separate them from Black people in all public spaces because, surprise!, they viewed our ancestors as inferior.

White New Yorkers believed that slavery degraded Black people to a mental state that could potentially harm or disrupt the standard of living whites were accustomed to in the pre-emancipation era. To combat this…’threat’…white New Yorkers passed laws that inhibited Black people from obtaining resources and voting rights.

White citizens enforced the idea that if a person did not own land or wasn’t economically independent their vote could be manipulated by those who controlled their income. Naturally this disenfranchised newly freed slaves who came to the North with nothing but the clothes on their backs, and subsequently secured voting rights for white men, 90% of which possessed that right by 1840.

This series of emancipation laws was passed through the 1820s. By 1827, the Black community was considered a separate and unequal group. Doesn’t that sound familiar?

Revisionist history ignores policy enacted to separate white people from runaway slaves and free Black people. Keep this in mind the next time you hear someone say the Northern United States isn’t racist or that things ‘aren’t as bad.’ Southern racism will carry a gun in its holster when it comes for you. Northern racism will hold its weapon of choice behind its back. And let it be known that both are always dressed to kill.

RECEIPTS: African-Americans in New York City What Was Jim Crow? The Expansion of the Vote: A White Man’s Democracy Jim Crow in New York A Legal Scholar Opposes Spreading the Vote, 1821

NEVER FORGET: The Excellence and Tragedy of Black Wall Street Gun Control Wasn’t A Problem Until the Black Panthers Exercised Their Rights The Voting Rights Act Was Gutted in 2013 Your Fave (Clinton) Actually Made Things Worse For Us

Thanks for the info 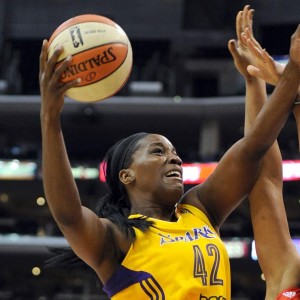 It’s going to be a long season for the Los Angeles Sparks. Last year it was thought the Candace Parker-lead squad had all of the necessary… June 17, 2015
...by TÆLORD•EXISTENCE. © 2016
Back to top