It’s going to be a long season for the Los Angeles Sparks. Last year it was thought the Candace Parker-lead squad had all of the necessary pieces in place for a winning season and solid post-season run. Halfway through it was clear that wasn’t the case and head coach Carol Ross got the brunt of that failure.

This season the Sparks are one of several teams playing without their best as more than a handful of the WNBA’s top players are sitting out part or all of this season to fulfill obligations related to their respective international teams. That handful includes Parker and Kristi Tolliver, the Sparks’ leading scorers.

Uh oh. @LA_Sparks starting out strong against Minnesota. This game is gonna be a good test too. #WNBA

This year’s early season trend includes a strong, dominating first half followed by a weak second in which the short-handed Sparks lose the lead and ultimately fall to their opponents. Overall Los Angeles played well considering they’re missing their leading scorers and playmakers. That alone is reason enough not to count the Sparks out just yet. Still, it’s going to be a long season Magic Johnson’s L.A. squad.

America’s best women athletes are valued more overseas. That’s just a fact and the receipts are in the paychecks our WNBA players bring home. Diana Taurasi of the Phoenix Mercury, Janel McCarville, starting center for Minnesota, Parker and Tolliver are among the players not participating in the 2015 WNBA season, choosing to prioritize play with their overseas teams-and with good reason. The good news for the Sparks is that while Taurasi and McCarville are sitting out the entire season, starting guard, Tolliver is due back later this month and Parker in July.

Two additional starters were watching last night’s game in street clothes from the bench: Nneka Ogwumike and Alana Beard are both injured and sidelined for at least a few more weeks. That leaves Jantel Lavender and Farhiya Abdi as the only familiar faces currently in Sparks jerseys. With only 8 players suited and ready to play for last night’s matchup and the foreseeable future, Lavender has a heavy load to carry. Without depth on the bench,  Lavender has the most difficult job on the floor while playing the most amount of minutes.

Not only is Lavender moving this ship along without her usual crew, she’s been given an almost entirely new squad to work with, including a brand new coaching staff, three rookies, and three newly acquired veterans. This isn’t automatically a bad thing. However, the number of changes the Sparks have experienced recently-front office, back office, and locker room-make it difficult for any organization to find it’s footing and get a rhythm going.

Chemistry is a big part of a team’s overall success-the better the chemistry, the more successful the team. It was obvious last night, in the second half especially, when legs weren’t as fresh, errant passes abound and miscommunication resulted in turnovers, that this L.A. team lacks a bit of cohesion, is still finding it’s groove and building chemistry. On the plus side this current squad already seems to have gelled better than last year’s ever did.

If you ask any observant Sparks fan who the team leaders are, you’ll almost certainly hear three names: Parker, Ogwumike, Beard. Arguably one of the top three women basketball players in the world, Candace Parker, who was drafted first overall in 2008 by Los Angeles played her first two professional seasons at the right hand of basketball Hall of Famer, Lisa Leslie. Number one draft pick in 2012, Nneka Ogwumike has played her entire professional career at the right hand of Candace Parker and is widely regarded as one of the squad’s main leaders. It’s the lineage of a would-be ruling dynasty.

The Los Angeles Sparks has leadership, that leadership and veteran experience (in Alana Beard) just isn’t on the court right now.

This home game against Minnesota was in fact a good test for Los Angeles and Lavender agrees: “I already see positive progression. It’s early in the season, we’re only three games in and it’s kind of OK to be the underdog because you really have no expectations [of you], you just have to work hard every day and I think we’re showing that in first-halves of games. If we can put two halves together-Minnesota’s full-throttle and for us to have them down in the first half it shows a lot. I think our identity will come, I think without the missing pieces we look great, but with them I think we’ll be even better.”

This will be a long and difficult season for the Los Angeles Sparks, but it doesn’t mean it’ll be a losing one. Stay tuned to find out. 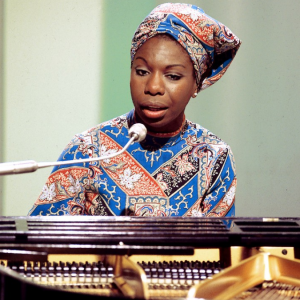 The song “Strange Fruit” captures a tragic part of Black history, and was one of the first popular songs that called attention… June 17, 2015
...by TÆLORD•EXISTENCE. © 2016
Back to top