Picture it! December 2014. Baton Rouge. I’m bumping the latest J. Cole album in the car whilst on my way to pick up some fresh produce or get gas or send a strongly worded letter to the patriarchy when track number three, “Wet Dreamz”, comes on.

It was about a minute into the song when a strange thought crossed my mind.  I thought ‘wow I sure wish I could hear a rap song by a female artist discussing the intricacies and emotions of her first time‘ and that’s when the bomb dropped. I legit shouted in my car something to the effect, “I’M SO INUDATED WITH THE BLACK MALE EXPERIENCE! OMG WHEN WAS THE LAST TIME I HEARD/SAW MYSELF IN THE MEDIA I CONSUME” and proceeded to shut the song off. This epiphany came so suddenly, so out of left field since I had just hopped fresh off the Stan train for Big KRIT’s Cadillactica and more times than not I’m always here for dear Jermaine and his bag of stories and fables about his life.

Then it hit me, it wasn’t just about lack of female representation in hip hop or the specific artist’s feelings about black women—whether they view them as lovers, objects, sisters or friends—it was about the constant presence of the male experience in my life. I’m constantly hearing black men’s stories, black men’s feelings about women, things black men need black women to do for us as a people to rise blah blah blah stay black.

As many of my black male counterparts lauded the praises of the new album and as they asked my opinion I got the lovely opportunity to awkwardly say “it was nice I just couldn’t really get into the stories he was telling cuz you know it wasn’t really made for me.” To which, they nod, awkwardly smile back and finish with something like ‘…but did you catch that verse in (insert random song I probably didn’t care about)?’ And then the moment is over. 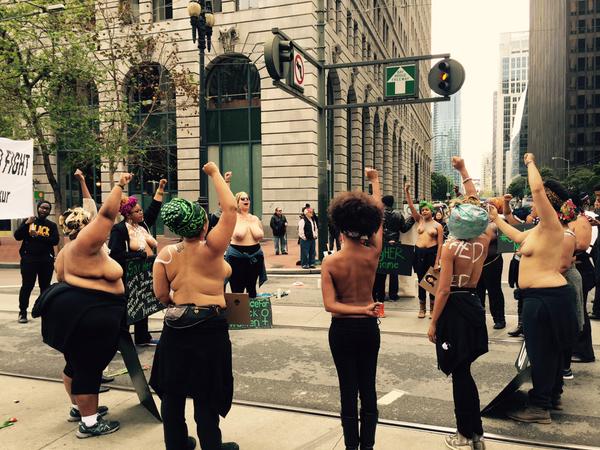 When I speak to people about lack of black female representation and stories in many of the different types of media I consume there’s always tension present. It’s hard to express how I absolutely adore Kendrick and Jermaine and KRIT and so many other Black male artists but know I can never expect to hear much of anything I relate to as a black woman represented in their work. It’s generally met with “agh that sucks” or “I mean but like what exactly can be done to fix it. You got point by point instructions on exactly how to make it better? Nah? Oh well. can’t be that bad” Which is fine but I can’t help but feel that many times these points are made to problematize my complaint not the actual institution being critiqued. This dismissal occurs not just in hip hop but in most spheres of Blackness that I engage with that is not exclusively Black feminist.

More times than not I generally feel regret when I have these interactions. Regret that I don’t have a quick and easy answer for how black males can better include black women into their vision for racial uplift outside of birthing the future kings and queens of our society and/or being there solely to support our male counterparts. Regret that I even brought it up in the first place and couldn’t just nod and agree that that one track was dope and his delivery in that one verse was great.

Then I remember I spent the first 23 years of my life smiling and nodding and trying not to make too much noise when I felt silenced or excluded. The thing with doing that is that you’re still invisible whether you don’t make waves or you rock the boat till it tips over. When in discussion with a friend, for the sake of proving a greater point,  I tried to think of how he must feel when listening to mainstream music from this genre he identified with so heavily and how he copes when his voice isn’t acknowledged and his presence isn’t considered important enough to address with care and complexity. Then I recall that as a cishet, black male it probably doesn’t happen too often and by probably I mean rarely to never. So no I don’t feel bad when I’m bumping Rihanna or Nicki or Rapsody and refuse to play male artists when I’m having a ‘get em girl’ jam session. Its not always about things being equal, one must always take into account power and privilege.

That’s the thing, sometimes no matter how much emotional and mental energy you put into putting your issue in perspective for them they’ll still never be fully convinced your qualms aren’t just you “trying to make a fuss.” Those are not your allies, they are not your friends in this area, and they aren’t looking to console you. They’re looking for ways to dismantle your argument so they can remain chilling and cooling on the comfy couch of their privilege. You have to remember when encountering these people, no matter how long you decide to engage them for, that the issue is them and their failure to empathize not you.

You were not put on this earth to spend most of your time teaching/proving to other people that your experience is valid or real or worth being heard. In these times where Black women are still fighting simply to be remembered and advocated for with the same fierceness that is extended to many other marginalized persons’ struggles, its important to remember your voice matters. Your experience is enough and your feelings are real and if anyone tells you different take a cue from Queen Monae herself and tell them to: 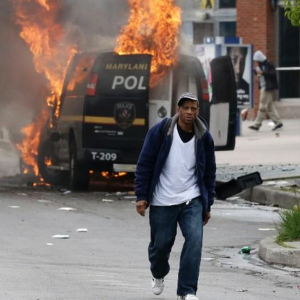 I have this picture displayed on my computer: It’s a photo taken by Baltimore artist Devin Allen. When I first saw it, I thought… June 11, 2015
...by TÆLORD•EXISTENCE. © 2016
Back to top