In this country, there are several things you cannot criticize, mock or even joke about. Jesus would be one of them.

Black Jesus, which premiered August 7th, has already created waves of disgust, disdain and utter offense for many people in the United States. Many Christians decried the show as blasphemy and sacrilege while others grabbed their popcorn and pulled up a chair. I, being one of the latter folks, was immediately intrigued by the trailer and subject matter of the show.

Who can resist imagining what Jesus’ life would be like if he walked the streets today. Would we be so willing to decry “sinners” in His name if he came back as a vagabond who spent most of His time with ne’erdoers and block huggers?

As an actively practicing Christian of 18 years I can wholeheartedly say we, as a nation, would not. How do I know? According to the Bible, “we” didn’t listen or pay him much mind the first time He was here…when he was homeless, hanging with the vagabonds and undesirables and sharing the gospel of love and His Father.

Though the New Testament only focuses on the rejection of Jesus from the Pharisees and Sadducees, the religious authorities of the time, it can be inferred that these groups each had a strong following of worshippers who also rejected Jesus.

Jesus had a pretty unassuming appearance and was hardly noticeable as The Son of God when He was here the first go round. His lack of splendor and prestige made him almost invisible to many of the devout religious of the time. In their minds there was absolutely no way Jesus could be the Messiah because he was poor and from Nazareth, which was basically the Lower Ninth Ward of the Bible Days.

Black Jesus spends his time engaging in shenanigans with his crew of deviants which include: a felon, the son of a drug kingpin and extremely short-tempered woman who frequently engages in Facebook arguments. He also has no consistent place to lay his head, smokes weed occasionally and sometimes gets extremely pissed when his friends doubt his ability to take care of them. Black Jesus is constantly being harassed by authority figures for his temporary living situation and his identity is questioned on a regular basis. Save the weed and cussing it seems like Aaron Magruder took a cue from the good book when he wrote this character.

If the I Am that I Am decided to return as a homeless block-hugger who was fond of starting a community garden that would provide vegetables and weed for his neighborhood would I jump at the chance to follow him? Even if I knew for sure that he was the Messiah, a fact which many characters in the show are fully aware of, would I be still be off-put by His lowly appearance and questionable company?

I know we Christians in America don’t enjoy people coming for the leader of our faith, though most times we have no problem coming for everyone’s else religious leaders, but maybe we should take a look at some of the things Black Jesus is trying to highlight about our faith and the way we practice and live out our beliefs.

It’s still early in the season so I can’t speak for whether this show is a win for cultural critics or not. What I’ve seen so far looks very promising though, and I can’t wait to see what issues the writers choose to address throughout this first season.

Will Jhene Aiko’s ‘Souled Out’ Sell Out in Stores?

I’m a big fan of the show! My favorite part is how Jesus always has an optimistic attitude despite some people’s lack of faith in him and others’ actions to remove him from the community. While some of the cursing and weed may not reflect Christianity in the best light, Jesus never gives up on his gang and is always working to spread the word.

I’d like to take this opportunity to point something out here. Do you really think that the Jesus from the bible, who lived in what is now know as the Middle East 2000 years ago would actually have been white? I am an atheist, so I can actually look at things like this with an objective mindset. And I can say with certainty that if Jesus existed then he would not have been white/Caucasian. He either would have been black, or (get this) of Middle Eastern descent, since (spoiler alert) that’s where the guy was supposedly born. And while we are on the subject, let’s talk about his disciples. Do you honestly think that there could have been another twelve white guys with names like Simon-whom he renamed Peter, Andrew, James, John, Philip, Matthew and Thomas. What are the chances of Jesus finding twelve white guys to be his disciples?

Now I would like to talk about the reason for these misconceptions: the bible.

The bible was written, by white men, as a way to impose their version of order to the masses. Let us observe a quote from Professor Timothy H. Lim, an expert in the Hebrew Bible (which was the basis for the Old Testament): “It was not written by one man, nor did it drop down from heaven as assumed by fundamentalists. It is not a magical book, but a collection of author active texts of apparently divine origin that went through a human process of writing and editing.” From this, we can gather that a number of stories, from several different authors were written and edited by men. Men who are not infallible, men who have egos, men who err.

The modern day bible that you may be familiar with was edited and produced by the Catholic Church some 800-1000 years ago. The same Catholic Church that is based in the Vatican at Rome. They edited the bible so that Europeans would identify with it. Europeans, who at the time, were mostly white.

And wtf does this have to do with the show?

Like WTFRICK, I am also confused as to how your comment has anything to do with this article or the show? Did you read the article or did you just see “Black Jesus” and decide to offer your (irrelevant) 2 cents? 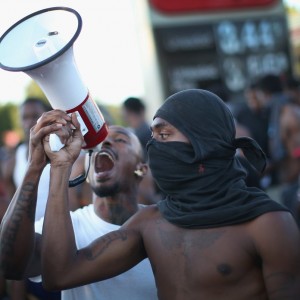