This morning, while most people were wiping the crust out of their eyes, Serena Williams was in Paris doing the only thing she knows how to do: winning. It took her about two hours to dispose of an opponent who was worthy but still not good enough to overcome Serena’s prowess. Then again, not too many players are. That’s why Serena has twenty championships in the first place.

If you’ve been following the Williams sisters since they entered the tennis world, then you know there has been a lot of love lost for two Black girls who had the audacity to believe in their greatness. When Serena was 11 and asked what tennis player she would like to be like, she boldly responded, “Well, I’d like other people to be like me.”

Behind that boldness was Richard Williams, who refused to apologize to butt-hurt white people who demanded he and his daughters show humility.  Let’s see…two Black girls who believe they’re the best at what they do with a father telling them their greatness doesn’t need validation? That’s a recipe for hate…and the pot is still brewing.

Just minutes after Serena completed another milestone in her career, somewhere over the rainbow, a white person on twitter claimed Serena had an “unfair natural advantage.” As if that wasn’t racist or dumb enough, another popped up and commented on why Serena should be humble by saying, “when you have that much money, you transcend any racial struggles.” And as I scrolled through more posts, I kept seeing an overflow of white tears. It was actually quite comical.

I don’t really want to break down the –isms behind these baseless comments. Black twitter came through and got those fools together anyway, and in a better fashion than I ever could. I do want to address how long white people have been crying foul in the face of two Black women who took over and excelled at something they thought only they could be good at. You want to know something funny? Ever since Venus & Serena have been in this sport, they’ve been unfairly judged and criticized for things that have nothing to do with their skill and ability to play tennis. And ever since they’ve entered this sport they’ve dominated it.

Since 1999, Venus and Serena have won a combined 27 major titles which means they won almost half of the major tournaments played in that time span. Call it karma, irony, or God being a Black woman with a great sense of humor. Whatever you want to call it, just know this: Serena is unbothered and void of fucks to give. She’s in a hotel in Paris, right now, drinking orange juice and looking for aspirin because the flu gave her more problems than the seven women she had to play in the last two weeks.

So, after 20 grand slam championships, 67 WTA major titles, 4 gold medals, 3-time career grand slams, $68 million in prize money, 5 seasons as #1 player in the world, 2 straight years as the top player, and a partridge in a pear tree, Serena only wants to know: 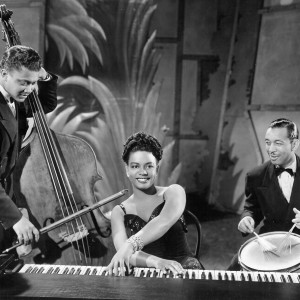