Music / June 3, 2015
This week I’m sharing 2 throwbacks. The first one is Hazel Scott. This magical Black woman was a piano prodigy who, at age 8, received scholarships to study at Julliard. She went on to perform jazz and classical music on radio shows, clubs, and concert halls all over. She appeared in several films, and was also the first Black American woman to have her own TV show. In addition, Scott used her fame as a platform for civil rights by refusing to perform at segregated venues or wear derogatory costumes in any of her shows. Here’s a video from 1943 of her playing 2 pianos at the same time. Her combination of stage presence and piano skill gave me so much life!
This next one I’m pretty sure most of you have heard. But the visual is more important here. If you have heard any of the Motown classics, you’ve heard the bassist James Jamerson. He has contributed so many memorable basslines to our musical vocabulary, and is part of why many of my favorite songs feel so great. The bass, along with the other rhythm instruments, has a tendency to be unappreciated sometimes, because the main job is to set up a nice groove that supports the lead singer/instrument. The true greatness of a bassist like Jamerson can oftentimes go unnoticed. 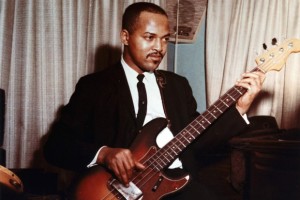 This video has the audio of “Ain’t No Mountain High Enough” by Marvin Gaye and Tammi Terrell, and shows a graph of James Jamerson’s bassline. I don’t know about y’all, but I had an even greater appreciation for the epicness of Jamerson. He went beyond holding down the rhythm and chord structure of the song, giving us complicated melodious basslines that took all sorts of jumps and turns.
Be sure to check out some of the other selections from The ViP Speakerbox:
Unstoppable St. Louis Blues
Malcolm and the Chief 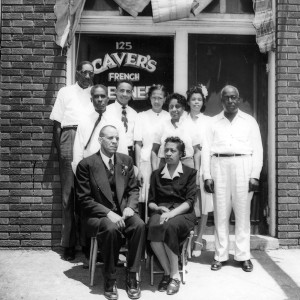 Greenwood, a Black district in Tulsa, Oklahoma, was known as Black Wall Street in the early 20th century due to its flourishing… June 2, 2015
...by TÆLORD•EXISTENCE. © 2016
Back to top