Never Forget / June 2, 2015
Greenwood, a Black district in Tulsa, Oklahoma, was known as Black Wall Street in the early 20th century due to its flourishing economy. This area was full of successful businesses, libraries, schools, banks, law offices and more; all owned, operated and patronized by Black people. Greenwood was a microcosm of Black excellence. Unfortunately, all of this prosperity in the face of white supremacy drew negative attention (saltines be salty), and lynchings had become a major issue in the community.

On May 30, 1921 Dick Rowland, a young Black man from Tulsa, was accused of assaulting a white girl on an elevator. He was arrested the next day but the assault charges were dropped. A lynch mob showed up at the courthouse, but Black people from the Greenwood community arrived with guns to protect Rowland. Shots were fired from both sides and the white mob later began chasing and attacking people throughout the Black neighborhoods, stopping to loot stores along the way. The Black people continued defending themselves as the fights and rioting lasted into the next day.

On June 1, an air attack was launched in which planes dropped bombs on Black neighborhoods and fired shots at Black residents. Hundreds of people were injured and many were killed in the riots. Most of the homes and businesses in Greenwood were destroyed, and the whole event was covered up for years so that many Oklahoma residents had never even heard of the riots.

RECEIPTS:
A Report by the Oklahoma Commission to Study the Tulsa Race Riot of 1921
Tulsa History: The Tulsa Race Riot
Riot and Remembrance: The Tulsa Race War and Its Legacy
NEVER FORGET:
#014: Gun Control wasn’t a Problem until the Black Panthers Exercised their Rights
#013: Civil Rights Activists Were Considered Troublemakers 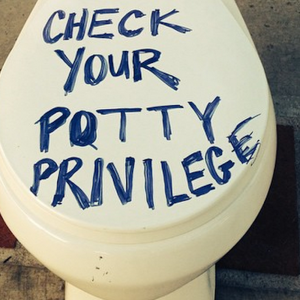