I fell asleep around 7:30 a.m. after staying up all night reading Janet Mock’s Redefining Realness. As I write this I notice how fitting that is. I woke up around noon to notifications on one of my electronic gadgets that I had messages. In my half-sleep haze I scrolled through photos, memes, and light jokes about Caitlyn Jenner’s new gender presentation. I hit the power button and lay in bed for a minute, regulating my emotions and trying to fully wake-up. Surely I wasn’t seeing what I thought I just saw-not from my friends, friends who know better. 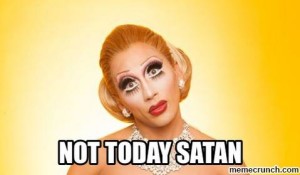 I’ll preface this by saying I have no idea who Caitlyn Jenner is outside of the Kardashians, a world-class athlete who was apparently famous before the Kardashians…I think. Who Jenner is, is irrelevant though at this moment. I don’t feel the need to defend Jenner as much as I feel the need to ensure I’m doing everything I can to make our society safer for our trans brothers and sisters. Doing that includes checking transphobia when it shows up on my doorstep.

For me that commitment shows up in a number of ways. I’ve spoken to a Walgreens pharmacy tech about using her indoor voice at work so she doesn’t keep unintentionally outing folks and causing damage via careless misgendering. I regularly use male-designated restrooms just to make a point. (Also it’s really fun to watch guys’ confusion upon seeing me enter or exit a male-designated restroom; In response I always smile, sometimes let them know they are in fact in the “correct” restroom, and silently scream “fuck your gender norms” in the same voice as Chappelle’s “Fuck Your Couch” skit.)

I’m not trans but I know someone who is. Just like I know someone who is gay, a lesbian or two, a few bisexuals, a lot of Black folks, too many whites, some Asians, short people, unnecessarily tall people and the list goes on. All of that is irrelevant too. Here’s a secret. I was once transphobic. Just as I was once homophobic. I didn’t understand transness; it didn’t make sense to me, and I, unlike my religious-based views on sexual orientation, couldn’t reconcile it with my belief that God doesn’t make mistakes.

Then something hit me and I asked myself, “who gives a fuck?” I realized I didn’t need to understand in order to tolerate, accept, respect, and then support trans folks. The only pre-requisite was being true to who I was and who my family raised me to be-loving, compassionate, caring, considerate, respectful and most importantly of all-an advocate. How can my work and desires as an advocate and activist not be inclusive of all people? How could I be the person my parents raised me to be and allow transphobia and homophobia to flourish in my life?

As much as I didn’t want to be that friend, I knew I had to say something. I feel confident in saying the people who engaged in this transphobic behavior are in fact, not transphobic. That does not negate or erase the fact that they, my friends, perpetuated transphobia and contributed to making our society unsafe and uncomfortable for trans folks. That was unacceptable. In response, I knew I needed to be the advocate I’ve been groomed to be, the woman my family raised, and the friend that wants the best for her friends. I wanted to be that friend and that meant I had to speak up, however risky it might be, correct my friends, and put out the fire where I saw flames.

Finally I picked up my device again to respond in our group message. Just as I did, the homie Carlyn hit me with a “sooo about this transphobia,” to which (in my head) I immediately responded with a sigh and a ‘ohsooo it’s not just me.” Now, how do I correct and not clapback?

Here’s my response in it’s entirety:

Yo. So I know we likes to have fun & shit. However be mindful and real careful with the jokes you share. We have an unspoken, understood zero tolerance policy for phobias. That’s homophobia, biphobia, transphobia, & the list goes on.We encourage the making fun of racists and whiteness and bigots and idiots. We consume white and male tears on the regular-it’s how we stay so fuckin fabulous. 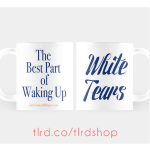 What we won’t do though is make someone’s sexual orientation or gender identity a butt of our jokes. The Jenner memes….transphobic; uncool. And it’s the casual no-harm-meant sharing of these kinds of things that go unchecked even by friends, that perpetuate transphobia (& other phobias and isms) and foster unsafe spaces for our non-heteronormative brothers and sisters.
It’s also important to note that we don’t all know each other [like that]. We don’t know [everyone’s] sexual orientation or gender identity [in this group Hangout], we don’t know each other’s family and friends and triggers and sensitive buttons.
If you’re bout to share something in this hangout outside of the purpose of starting discourse, stop & ask if that shit is problematic and if anyone viewing might be negatively affected by it. If the answer is yes, maybe, or IDK-it’s prolly not OK.
I’ll tell you now I’m sensitive to trans issues. And any jokes about trans folks that use their transness as the punch line is goin to piss me off for hitting a little too close to home. That goes for intentional mis-gendering and using any other identifiers outside of what the trans person has deemed acceptable for them.
With that said. I’m interested to know what some of y’all’s triggers or hot button topics are.

I then opened it up and encouraged dialogue the sharing of our triggers and topics that are a bit more sensitive to each of us. In retrospect, I’m grateful for the opportunity and glad it turned out the way it did. My friends and homies received the correction well and we learned a good bit about each other through the process.

My point is this: eradicating transphobia starts with you, me. It starts with having and holding on to a zero tolerance policy and speaking up to let others know their expressed phobia, regardless of intent, will not be tolerated.

That is how we begin to create and cultivate safe spaces for our trans brothers and sisters. It’s certainly not the complete solution for making society a safer more comfortable place for trans folks to thrive in, it’s a start-a critical linchpin to a more inclusive world.

If you’re an advocate, activist, ally, or any decent human being with a working moral compass, you have a job to do and that job can’t wait. Cancel the transphobia.

Here. Have some RGP graphics and spread the word: 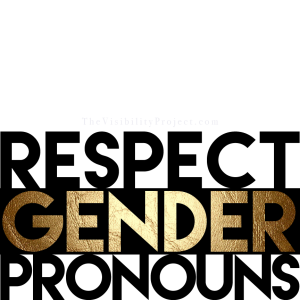 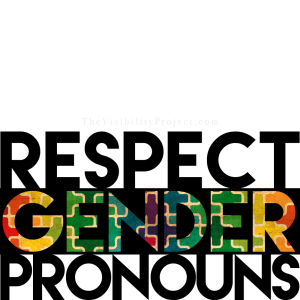 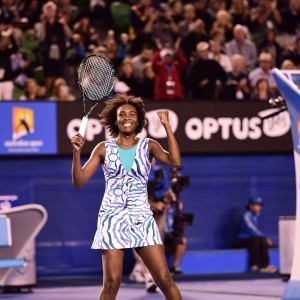 It goes without saying that if you’re a tennis fan, you already know and respect the greatness that is Serena Williams…. May 29, 2015
...by TÆLORD•EXISTENCE. © 2016
Back to top