Films / Music / The Arts + Entertainment / May 27, 2015
This week I’ve got 2 morsels of magical Black girl goodness to share. We’ll start with a super throwback. In 1929 Bessie Smith, blues legend, starred in one of the earliest “talkies” by the name of St. Louis Blues. Watching actual footage of Smith acting and singing was a treat for me after seeing Queen Latifah portray her so well in that HBO biopic. I had learned about Bessie Smith in my African American music course and admired her songs, but now I’m lowkey fascinated by the woman behind the music. I’ve started the video at her singing, since this is the Speakerbox and such, but feel free to go back to the beginning and see the talking bits, along with a hilariously executed fight scene. Get into the effortlessly intense way Bessie delivers emotion in her melodies, weaving throughout the diligently relaxed groove of her blues band.
Fast forward just a little bit to 2015. Lianne La Havas is coming out with a new album in July, which I am most certainly looking forward to. A couple of weeks ago La Havas released a video for her song “Unstoppable” and it is really giving me life; just full of magical carefree goodness. With her curls on fleek and giving us graceful seduction with these dance moves, I spent most of my first viewing yelling “YESSSS BAEANNE YOU HAD BETTER WERRRRK!!! WERK MA’AM! YES INFAWKINDEED!” Bruh. The slayage is real. Check out the visuals as you listen to her voice soar over the soulfully rhythmic accompaniment.
Let us know what you think, and be sure to check out some of the other music in the ViP Speakerbox! 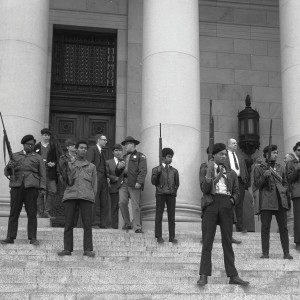 Gun Control. It’s an undying issue that claims and reclaims news headlines with resiliency. The hot button topic of every… May 26, 2015
...by TÆLORD•EXISTENCE. © 2016
Back to top