The Legend of the Mantamaji is here! Mantamaji focuses on the adventures of Elijah Alexander, New York Assistant District Attorney turned super hero. Alexander begins the series as an ambitious, superstar ADA with lofty long-term political goals. As Book One of the three part series progresses, readers learn more about Alexander’s magical background and his destiny to become a protector of the Earth as a member of an ancient African society of supernatural warriors.

Created by Eric Dean Seaton, The Legend of Mantamaji is a welcome addition to the world of graphic novels. In a time when Blacks are just getting our first Black blockbuster superhero movie in 2017 it’s fantastic to see a graphic novel centered on the life and livelihood of a Black man. To make things even better Elijah isn’t a token character, he’s one of many major characters of color. There’s also the super fierce, super powerful, female counterparts to The Mantamaji, The Sanctuants who are not to be trifled with.

So you’re telling me there’s a graphic novel out there about members of an ancient African civilization where both the men and women are useful and valuable and powerful? YASSSSSSSSSSSS! Y’all know how much that does for my Black feminist soul!

Peep the trailer below for the live action short coming soon!

To learn more about the series or snag your own copy of the series go to thelegendofmantamaji.com. Also you can follow the creator of the series on FaceBook, Twitter, Insta, Tumblr and Youtube for more updates about the books! 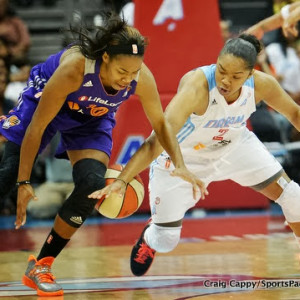 WNBA season is upon us and I am thrilled! I’m was equally excited to find out Jasmine James is back in Phoenix, playing for a spot… May 22, 2015
...by TÆLORD•EXISTENCE. © 2016
Back to top