I love me some black female rappers.

Stan for them actually.

So when I saw Rapsody perform at a concert last year my heart could barely contain my excitement. I couldn’t believe I was watching a black woman actually rap about the realities of Blackness and womanhood while simultaneously ethering other rappers with her flow. Basically, she was a conscious female rapper whose message was only matched by her pure skill.

Seeing Rapsody, a proud member of 9th wonder’s Jamla Records, back in 2014 at a free ‘Black Girls Rock!’ event made me an immediate fan. From her She Got Game album to her feature on Kendrick Lamar’s “Complexion,” Rapsody has yet to disappoint me and her recently released video for the single “Hard to Choose” further reinforces why she’s one of my faves.

The video highlights the lack of representation black girls face in everything from tv shows to Barbie dolls. It’s so rare to see a female rapper mention specifically the issues they themselves experience in the world not just as women in a male-dominated industry but as Black women in a white supremacist patriarchal society. Kudos to Rap for shouting out her fellow sisters in the struggle. 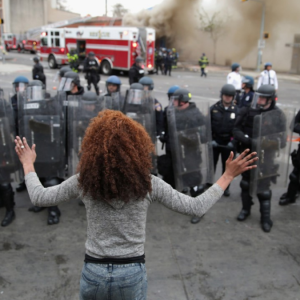 This past Saturday, the 140th Preakness Stakes took place. The event is one of those Baltimore traditions that people from… May 21, 2015
...by TÆLORD•EXISTENCE. © 2016
Back to top