First off we have the young Malcolm White. Making rounds on the internet under the name Malcupnext, he’s gone viral with a cappella covers of songs like Fetty Wap’s “Trap Queen.” I discovered him on instagram, singing the “Little Einstein” song with his friend beatboxing like nobody’s business.

This young man had my mind blown with his soulful crooning and melodic runs. All I could think was, “Wow he’s amazing! I hope somebody cool takes this kid under their wing.” Well, that hope has come true since Outkast member and Purple Ribbon CEO Big Boi has signed Malcolm to his new Camp Purple label, according to Rolling Stone. Check out his new single, “This Feeling.”

My second nugget of goodness is a new video from Wondaland artist Jidenna. This vid features Jidenna and DJ/producer Nana Kwabena Tuffuor, both dressed for the gods, delivering quality bars with a cool directness over a militant-feeling electroswank beat. I found the performance invigorating and was bouncing around chanting “LONG LIH DA CHIEF!!!” by the second chorus. I’m keeping an eye out for Jidenna and the other artists in Janelle Monae‘s Wondaland squad, because so far, they’ve all been magnificent.

I’m looking forward to more projects from both of these guys. Let us know what you think! 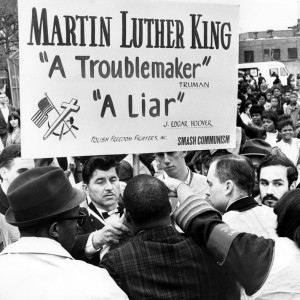 Black Lives Matter. A movement that has yet to lose steam since it staked its claim in the public consciousness of this… May 19, 2015
...by TÆLORD•EXISTENCE. © 2016
Back to top