“Me AF*.” That’s what I kept thinking as I was watching one of my favorite emcees bring iconic Blues legend, Bessie Smith to life-from the time Bessie clocked the perv who took it too far and throughout the film. A major difference between Smith and I is that she’s got the size to back up her bold, brazen persona. In my head I’m about 5′ 8″ and a solid buck-forty, when the truth is I barely see over the dashboard in my truck and can still shop in the children’s section.

Bessie Smith wasn’t small. She was a rebel. She used what power and influence she had to defy the color standards of the time, break rules, and push boundaries. Smith clapped back when necessary and was loyal to her team. A passionate performer, she asserted her agency and autonomy in a time and place that wasn’t safe for a Black woman to do so. Like many of the Renaissance scene, she ignored the gender binary and the rules that went along with it.

Largely, she lived how she wanted and loved who she wanted. She wasn’t exactly butch, not totally femme, she wasn’t exactly gay and wasn’t entirely straight. I’d bet anything Bessie Smith never self-identified as Bisexual, but by our 21st century guidelines that’s at least part of who she was. Mostly, Bessie Smith was who she was, unapologetically-without the shelter of labels and in spite of the society she thrived in.

Like many others I was excited to see Pariah director, Dee Rees bring Bessie’s story back to the screen. I was confident Rees would tell Smith’s story with the type of care and authenticity it deserves. No disappointment in that department, though the film itself is not without flaws and there’s some obvious room for improvement.

The decision to compile several of Smith’s female lovers into one woman for the film was a smart one. The writers used Tika Sumpter’s character, Lucille to show the complexities and layers of the singer’s love with women. Regardless of whatever image of fluidity and sexual openness that was trending among Renaissance artists at the time, Smith’s relationships with women were legitimate and relatively visible.

Maybe it’s the writing, maybe it’s the directing, perhaps it’s growth as an artist, but Sumpter’s performance as Lucille is the best I’ve seen from her yet (and I’ve seen all of her screen work). Sumpter makes Lucille believable, a woman in love with a woman she adores. Lucille sees Bessie, and she is often the singer’s refuge throughout the film. Bessie’s lady friend could have easily been a trophy or a mindless arm-piece, but even in moments sans dialogue, Sumpter does a great job reminding us of Lucille’s humanness and agency-providing more to the story and adding layers to the Blues legend.

It works. The rapper-turned-actor, turned Jazz singer, Queen Latifah comes through as Bessie Smith in a major way. Latifah embodies so much of the singer’s nuanced person. I love that Queen was able to use her own voice to bring the Blues legend to life. I’ve got The Dana Owens Album so I wasn’t really worried about that. If anything, I was worried about Bessie Smith being sanitized and polished up for the screen. Queen Latifah’s willingness as a performer cleared all of my worries within the first 30 minutes of the film.

Bessie Smith’s childhood traumas and subsequent adult anxiety is handled remarkably by Latifah. Potential triggers and coping mechanisms are perhaps left open to interpretation. This is where the story could have been tightened up a bit and given some clarity. Choosing to show the singer’s childhood through adult triggered-flashbacks was clever but foggy at best.

The story starts at the beginning of Smith’s career and dives right in. There’s no introduction of characters or clear definition of relationships. I’m entirely too nerdy and have too much anxiety to watch biopics on folks I’m not at least somewhat familiar with, so I only noticed the lack of clarity during my second viewing. It’s not a big deal, but enough to make you do a bit of homework or prep work if you’re not familiar with the Blues legend.

Even without prep-work there’s no way you missed Ma Rainey in Bessie. Mo’Nique’s Ma Rainey was a quick reminder of why she’s got that Oscar on her mantle or maybe it was a clapback at all of the “blacklisted” talk that was flying around not too long ago. Either way, Mo’Nique played Ma Rainey like she had something to prove. It was easiest to see Ma Rainey with Mo’Nique onscreen, despite being jolted out of my trance every time the actor’s heavy, and lovable Baltimore accent came through. At one point it sparked a discussion about actors and diction training and us hoping Mo’Nique never loses her accent.

I also noted, during a sidebar conversation that Mike Epps, who plays Smith’s side-piece-turned-bae, Richard Morgan, is out here putting in work. I swear it’s like just the other day he was this pretty-funny-most-of-the-time comedian and now he’s a whole dramatic actor out here I can take seriously. I’d much rather see Epps on my screen in these types of roles than ever doing standup again. But that’s just me. During the second post-coital scene with Smith and Morgan I asked my BFF if Mike Epps got sexy or if I got older. We decided it was both.

We also decided we liked Jack Gee’s audition process to be Smith’s man and are currently trying to find ways to incorporate that into our respective selection processes. Michael K. Williams, who most folks know from The Wire, was excellent as Jack Gee, a fiery opportunist, who provides protection and companionship. Bessie is aware of Gee’s exploitive nature and perhaps alterior motives and marries him eyes wide open, arguably as much for the love as the practicality of the matter.

Richard gives Bessie companionship and friendship without restrictions or expectations. Together Epps’s Richard Morgan and Michael Smith’s Jack Gee show the Blues singer’s love with men. Their portrayals round out the depiction of Bessie Smith’s love life, a whole love life that was full and complicated.

The whites got a bit of a pass in this film, but I’ll take it because on the flipside I really do love that no whites (nor whiteness) were centered during the making of this film and telling of this story. But, again, that’s just me.

What makes Dee Rees’s Bessie remarkable for me are likely not the same things that make films remarkable by industry standards. So many Black women on screen for so much of the film! So many Queer Black women, so much Black, so much love. I love that women’s strength and power was shown in so many different ways. I love that these women laughed in the face of colorism and gender restrictions. I love that during her reunion with Bessie, when Ma Rainey recognized the outside agitation for what it was-calling the lighter skinned Ethel Waters superior-she called it out, sipped her tea, and politely replied, “that’s none of my business.” (OK that didn’t exactly happen but basically that’s what happened.)

Bessie isn’t perfect and perfection isn’t what I was looking for. With great writing and award-worthy performances at the direction of Black woman filmmaker, Dee Rees, Bessie celebrates the life of one of our greatest music legends with honesty and authenticity, increased the visibility of Bisexuals and Black queer folks, and gave us complex, multi-faceted portrayals of love, life, survival, and friendship of and between Black women. For me, that makes Bessie remarkable.

Last thing: do you know how Bessie Smith died? If not, read up, find out, then go watch the last scene of the film again. If you haven’t seen it, see it. If you’re without HBO, find a friend willing to share their HBOGo login info. If none of your friends are willing to share, you’re doing this friend thing wrong. 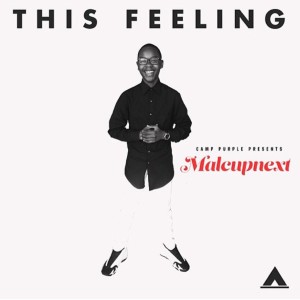 First off we have the young Malcolm White. Making rounds on the internet under the name Malcupnext, he’s gone viral with… May 20, 2015
...by TÆLORD•EXISTENCE. © 2016
Back to top