A movement that has yet to lose steam since it staked its claim in the public consciousness of this country late last summer. As I skim my timeline and note how activists are refusing to let the world forget those who were murdered by the state, it is impossible to miss the ever-present chorus of ‘well if they weren’t causing so much trouble and were more like the Civil Rights Movement [CRM] protesters then maybe the powers that be would take them seriously.’

Ah, yes! The romantic notion that the CRM was a bunch of humble, peaceful, lovable Black folks who politely asked the oppressor to stop oppressing them and the patriarchy benevolently complied. Here’s the thing, many of those watching the CRM activists walking or sitting or marching all up and through their neighborhood didn’t think too highly of those freedom fighters. Thought so little of them that they were completely okay with, and probably even supported, watching the activists have dogs released on them, be sprayed with water hoses and even sometimes be straight up shot.

Dr. King, the great emancipator himself, spent a good chunk of his “Letter from a Birmingham Jail” addressing the various slander about his position and his cause. Now if folks thought THE Martin Luther King, Jr. was out of pocket for endorsing a bus boycott and fighting for equality even when his cause was just, what makes you think this same peanut gallery wouldn’t be slanderous and unwelcoming to the current fighters for freedom?

Before you pull out the whole ‘CRM activists were welcomed with open arms and begged their way to freedom and that’s why we can vote now’ speech, check actual accounts of the climate CRM fighters were living in. Just as the media is intentionally choosing how they want to portray the various current protests against systemic violence the same was true for the CRM freedom fighters.

RECEIPTS: Birmingham Erupts into Chaos in 1963 How the Civil Rights Movement Was Covered in Brimingham Segregation at All Costs 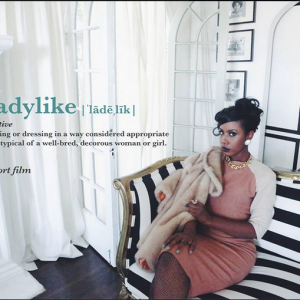