‘Bessie’: A Bold Look at Singer’s Life Beyond the Blues

The highly anticipated Bessie Smith biopic ‘Bessie’ premiered on HBO May 16, 2015 to generally favorable reviews. It is only fitting that the Chattanooga, Tennessee native commonly hailed as “The Empress of Blues” was portrayed by hip-hop royalty Queen Latifah in the film directed by Dee Ress (Pariah, 2011).

It’s easy to see why makers of ‘Bessie’ chose Latifah to immortalize Smith on film. Both women are known for gaining success in a complex, male-dominated industry. Both women consciously coded feminist ideas into their work. Neither woman let society’s attitudes towards women (nor their ideas about how they should behave) deter them from occasionally going against the grain, always remaining true to themselves. Some (read: I) might even say they helped build the foundation for feminism in black female performance in use by some of our favorite artists today.

‘Bessie’ depicts Smith’s rise to fame in the 20’s and 30’s, with a special focus on the most notable relationships in her life; from her turbulent marriage with Jack Gee (Michael Kenneth Williams), to her complicated friendship with mentor and fellow blues singer Ma Rainey (Mo’Nique). Unlike previous works depicting the singer, ‘Bessie’ chooses not to gloss over her well-documented affairs and sexual relationships with women. Smith was openly bi-sexual, and the movie combines several of her female lovers into a single character named Lucille (Tika Sumpter).

Her relationship with Lucille is handled with all the dignity and sophistication it deserves. The movie doesn’t portray their relationship as a “phase” or period of confusion and experimentation in Smith’s life, but rather a legitimate, layered, loving relationship. Director Dee Rees is vocal about her desire to create moving films that promote diversity and better represent the full spectrum of our lives. Her thoughtful depiction of a subject often mishandled (and for women, fetishized) in Hollywood is one of the many things that make this film important.

Though Smith is known for her tough, outspoken, no-holds-barred approach to life, ‘Bessie’ is intentional in showing that there was more to her than that. Scenes depicting her financial struggles during the depression and the disintegration of her marriage reveal the softness and vulnerability strong black women are (absurdly) thought to lack. Most notable is a scene in which Latifah bares all in front of her vanity mirror shortly after losing Lucille. Fans of Shonda Rhimes might find similarities between it and the famous scene performed by Viola Davis in her show ‘How To Get Away With Murder‘ in which she strips herself of all make-up, lashes, etc. before bravely facing a difficult truth.

The movie is full of these tender moments and believable performances by Latifah, but it is by no means perfect. There are flashbacks to traumatic moments in Smith’s childhood that are not explained, poor markings of time passage, and issues surrounding her estranged husband and adopted son that are never fully resolved. The ability of the filmmakers to tell a cohesive story is debatable.

The writer’s desire to highlight crucial plot points in Smith’s story without exploring them fully make the film feel rushed. Still, one can’t deny the success of the filmmakers in telling a story that is both entertaining and necessary. The more female and/or queer writers and directors of color there are that are given a platform to tell our stories, the more we will likely feel affirmed, and the more accurate the depictions of us as multi-faceted, whole beings will be. 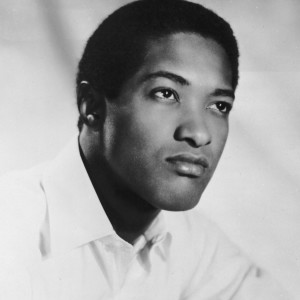 Music has a way of helping your soul flourish. As we work to find justice in our communities, our souls may get weary in the process…. May 13, 2015
...by TÆLORD•EXISTENCE. © 2016
Back to top