Earlier this year neckwear designer, Sir Vincent teamed up with writer, producer Lena Waithe whose name and/or work you’ve seen if you’ve ever been to The Visibility Project before today.

Possibly best known for “Shit Black Girls Say” or the pilot presentation of her upcoming television series, Twenties, which will receive a full pilot shot by BET in the fall, Waithe is much more than her credits allude to.

TÆLORD•EXISTENCE is all about living by design, on purpose, tailoring your life so that you can be the fullest expression of who you are. From your clothes to the food you eat, the path you choose to reach your goals or the way you practice your faith/religion – a Taelord•Existence is all about walking in your own truth.

Waithe is the definition of Taelord•Existence & what Sir Vincent stands for.

She often creates a look for herself that appears, paradoxically, effortless and well put together. With amazing prints, awesome neckwear, and even in her infamous and often juxtaposing sweatpants, Lena Waithe rocks items and ensembles not many others could easily get away with. Perhaps best of all, she does it with a humble audaciousness and graciousness confidence that very rarely coincide within the same spirit.

When she began shopping her pilot around to TV networks and was given reasons why her series, Twenties wouldn’t work she took another route and took matters into her own hands. She knew they were wrong and figured she could show them better than she could tell them and at the same time let the people speak for her. She took four scenes from the script’s pilot and shot them for a pilot presentation directed by Dear White People‘s Justin Simien and produced by Queen Latifah’s Flavor Unit. The pilot presentation worked like a charm, the internet started buzzing and BET came calling.

That out of the box thinking and sheer determination to see not only her own dreams come to fruition but the dreams of others – both those that know her and those that don’t – is what makes her the perfect brand ambassador of Sir Vincent and a friend to TÆLOR’D•EXISTENCE.

Recently hailed by Variety Magazine as one of “10 Comics to Watch,” Lena Waithe is someone you should keep an eye out for. In honor of yet another milestone on her journey, Sir Vincent is giving away one of their handcrafted Beauxs. In addition you can use code “HillmanGrad,” Waithe’s branded moniker to receive a discount + free shipping on all items at the Sir Vincent Online Shop.

Enter to win below!

The giveaway will run until Tuesday at midnight PST. To win follow Lena Waithe @HillmanGrad & @SirVincentDsgns on Twitter, Like Sir Vincent on Facebook & answer one simple question: What’s your favorite line from any Lena Waithe production (Twenties, Dear White People, Bros Before Hos, Hello Cupid, Shit Black Girls Say 1 & 2)? To make it easy for you we put clips below as a refresher.

The First Lady Has Arrived: Numa Perrier on Drive, Balance & Creating Her Own Path While Keeping it Black & Sexy 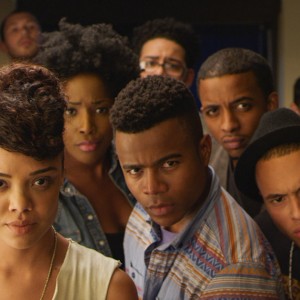 The thing about teasers is that they are supposed to lead to something more, something even better. The brilliant folks over… July 22, 2014
...by TÆLORD•EXISTENCE. © 2016
Back to top