Like many cultural staples native to the Black American community, Rock ‘N’ Roll (or simply ‘Rock’) has been successfully whitewashed, commodified and repackaged for suburban white audiences. Today’s Rock genre centers cis-gender, heterosexual-presenting (cishet) white male acts with the occasional appearance of white cishet female artists as counterparts. Girl groups are given little respect, and people of color are forced to fight their way into the limelight, which is fleeting at best.

These circumstances are no different for the legacy of Sister Rosetta Tharpe – singer, songwriter, guitarist, recording artist and unsung pioneer of twentieth century music. Thorpe gained notoriety via her 1930s and 40s recordings; a unique mix of gospel and early rock sounds.

Tharpe began her career in October 1938 at age 23. Her singles “Rock Me,” “That’s All,” and “The Lonesome Road” were instant hits and catalysts for her ascension into the spotlight. She performed at the historic Cotton Club and Carnegie Hall, and toured across North America and Europe, all while bringing fellow Black women to the forefront of her work, such as gospel artist Marie Knight, who she discovered at a Mahalia Jackson show in New York City. Her single, “Strange Things Happening Everyday,” was the first gospel track to crossover, revered for her beautiful vocals and electric guitar feature.

She’s been regarded as the original soul sister and an influence on Little Richard, Johnny Cash, Jerry Lee Lewis and, white America’s theiving fave, Elvis Presley. Tharpe’s music was even entered into the Blues Hall of Fame in 2007.

So why isn’t she beloved in the Rock world? 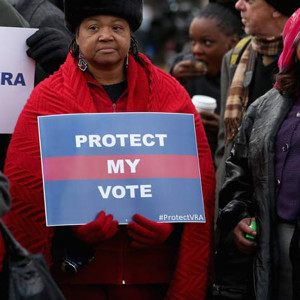