It’s interesting that we’re consistently encouraged to look beyond slavery in the United States — a far cry from our standard of mourning the losses of non-Black people here and abroad. September 11th? Never forget. Pearl Harbor? Never forget. The Holocaust? Never forget. Slavery of Black American people? Get over it.

To this we ask: why are we being told to move forward from something that still exists?

In 1865, with the passing of the Thirteenth Amendment to the United States Constitution, slavery and involuntary servitude were abolished in our country…except as punishment for a crime.

This would explain why the demographic subjected to the American prison system, one of the largest and most profitable in the world, is made largely of Black and Brown people. Corporations seeking labor for mass production of goods and services turn to servitude via incarceration.

Never Forget #009: Your Fave (Clinton) Actually Made Things Worse for Us 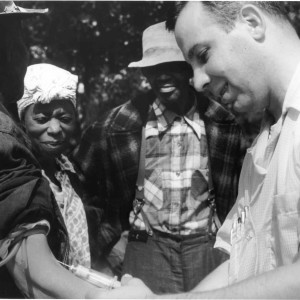 In 1932, while battling the residual effects of slavery, institutional racism, poverty, Black Codes, white supremacist violence… April 14, 2015
...by TÆLORD•EXISTENCE. © 2016
Back to top