I have an Issue with Olivia Pope’s Show of “Strength”

Warning: Spoilers! If you haven’t caught up with Scandal or How To Get Away With Murder I suggest fitting a TV binge into your schedule before reading this article.

There’s a major problem with Olivia Pope’s show of “strength.”

For the last few episodes of Scandal, we’ve watched Olivia navigate Post-Traumatic Stress Disorder (PTSD) as a result of her kidnapping. The mental and emotional damage incurred have resulted in flashbacks, night terrors, isolation and paranoia. Olivia Pope, who we’ve known as a non-violent, diplomatic gladiator wielding the proverbial white hat since season one, has begun carrying a gun on her person at all times for protection, even while brushing her teeth.

These responses to violent trauma are normal, expected and understandable. Which is exactly why it makes no sense that her character has yet to seek or receive help. One could argue that Olivia is dauntless; she’s a fighter that has always persevered in spite of her plights and it would be out of character for her to stop now. One could also argue that keeping busy is what she does best, and it may help her more than it hurts (an idea supposedly shared by another character on the show, but we’ll get into that later). If this were true, her PTSD would be marginal, and there is no such thing.

These are also the same writers who give President Fitzgerald Grant the space to consistently express his emotions, seek solace in others and then make emotion-fueled decisions to the detriment of his family, his colleagues and his country.

I am not interested in watching an Olivia Pope who carries on in spite of her trauma. I take issue with the fact that literally everyone who surrounds her is not only allowed to receive help without judgment or consequence, but are also protected as a result of their trauma.

We are witnessing textbook misogynoir – oppressive, damaging actions applied specifically to Black women, fueled by the idea that we do not require or deserve the same basic needs as the rest of human kind. Misogynoirist thinking excuses and encourages those who deny Black women their inherent right to emotional, mental and physical care. Misogynoirist thinking supports the trope of the “strong Black woman.” It urges people to withhold compassion and demand endless valor under the fallacious idea that we can handle anything.

Misogynoir is an act of violence.

In last week’s episode of Scandal, Abby reached out to Olivia to ask for a favor. Her pitch began with a nod to Olivia’s condition and quickly shifted to a request for her presence at the White House. Abby told Olivia that she thought it would be good for her to work and asked the favor under the transparent guise of her care for Olivia’s well being. In reality, Abby wasn’t capable of completing the task because she doesn’t wield Olivia’s influence over the president. Abby knew this, and her knowledge of Olivia’s power trumped her knowledge of Olivia’s plight. With this in mind, “Work may help you,” quickly translates into, “You’ve been through a traumatic experience. So do this job for me. It’ll be better for me…and you, maybe.”

This episode gave me an instant flashback to the early episodes of How To Get Away With Murder. Early on we witness the night of Sam’s murder from the perspectives of each law student. Within those scenes we also witness the instant effects of emotional trauma on Michaela, the second of the two Black female main characters, opposite Viola Davis’s Annalise Keating. Michaela becomes hysterical upon witnessing Sam’s murder. She cries, hyperventilates, and struggles to rationalize what is happening around her.

Michaela receives nothing short of hostility in response to her trauma. She’s told to keep it together, to stop crying and to put the group before herself. Meanwhile, Wes’s girlfriend Rebecca, a constant source of tension and conflict within Keating & Associates (and the entire city of Philadelphia, if we’re being honest), receives a sponge bath, consolation from Wes and is hidden for her safety. Rebecca is one of two white female main characters.

Much like Olivia, Michaela is still traumatized and struggles to deal with its effects. Their mental and emotional care has consisted of internalizing their abuse and the resulting emotions.

With a few episodes remaining in season four of Scandal, there is still time for the writers to extend Olivia the same rights that every other character has received without demand. Olivia has been broken for a long time, probably since the show began. It is now her turn to speak an acceptable truth and say, “I am not okay.” 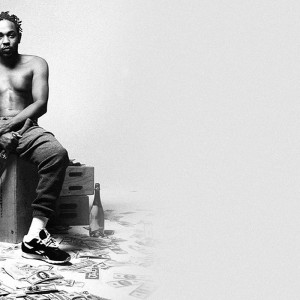