More Than 50 Biopics on Black Public Figures ‘In Limbo’

There are more than 50 biopics on the lives of black public figures, based on the S&A archives – the majority of them first announced in the last 3 – 4 years, and, unfortunately, so few of them will actually, eventually see the light of day.

Some of these figures even have more than 1 film project in the works that will center on their lives; a few have as many as 4 or 5.

It’s not necessarily mind-boggling, but, with each new project announcement, one can’t help but be skeptical that any will receive the necessary backing, and be seen all the way through production.

Based on our reporting, I’d say that the hold-up for most of them is financial. Some have already been scripted, and have actors attached, but financiers apparently aren’t convinced enough to invest in them.

Others have rights hurdles to get past; and still some face challenges/objections from family members, estates, or other powerful, influential voices.

A few have already been produced, but are without distribution (at least, stateside distribution); another 1 or 2 reportedly have the financial backing necessary to go into production, and are scheduled to do so soon, but as we’ve seen happen with at least one of those *sure-things*, anything can happen leading up to already-announced principal photography start dates, to send the project back into Limbo.

Read more at Shadow and Act. 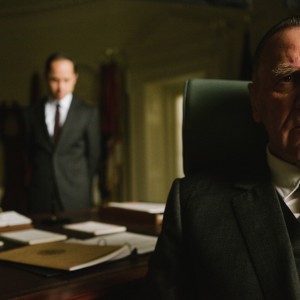 The new film Selma has opened to general critical acclaim (see Todd VanDerWerff’s review, as well as his interview with… January 2, 2015
...by TÆLORD•EXISTENCE. © 2016
Back to top