Here it is! For all of you who’ve been wondering what we here at The Visibility Project have on our TV watchlist this fall.

So I’m sure none of you have wondered that. But we’re going to tell you what we’re watching anyway.

This is easily the most colorful season of television yet. There are more than 100 television shows currently on air with people of color, women in a lead role, and/or members of the LGBTQ+ community among the list of characters.

Ranking television and film based on diversity isn’t an exact science, much like the Bechdel Test isn’t foolproof. Representation is about more than just meeting a gender or color quota. So there are characters of color – are they main characters or supporting? How much screen time to they get? Is the character developed, multi-dimensional and complicated or are they just plot devices? Is their race, ethnicity, gender or sexual orientation largely ignored or glossed over or is it addressed and part of the character’s story?

We’ve taken many if not all of those factors and variables into account and come up with what we think is a pretty good way to determine the most diverse shows on television. In the coming weeks after all of the fall shows have premiered we’ll reveal that list.

In the meantime, these are the shows we’re paying attention to this fall, our primetime shows. Expect reviews, recaps, interviews, first look galleries and more related to the shows on this schedule.

Live Tweet with us every night, Sunday – Friday @TheViPSoapbox! 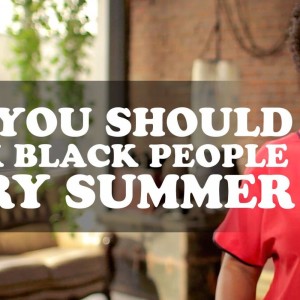