Will Jhene Aiko’s ‘Souled Out’ Sell Out in Stores?

My first memories of Jhene Aiko are from the early 2000s when I saw images from a photo shoot featuring her and B2K’s Lil Fizz sporting matching Lakers jerseys and fitted caps. I was young and he was mine at the time (…in my head) so I needed to know who she was.

At that time I thought she was a model, attempting music because boredom, but as of last year with the release of her EP Sailed Out I stand corrected….I think. I remember her being featured on a few of B2K’s singles but my first true listen took place only with Sailed Out. Despite the fact that I wasn’t blown away, I get why she’s successful and I accredit her success to simplicity, time, her image, penmanship and money.

But will her simplicity, delicate voice and image last in an R&B/Hip Hop industry where Rihanna’s and Beyonce’s thrive?

Due to the unexpected overall reception of Jhene Aiko’s 2013 Sailed Out mixtape plus a stealthy list of collaborations, her follow up debut LP Souled Out is finally here. The LP consists of 14 tracks and is expected to be released September 9, 2014 via Def Jam Recordings (ARTium Records).

Last week Aiko released the visual to single “Pressure” from the album via YouTube. The single, a song all listeners can relate to,

details the heaviness associated with the intricacy of balancing relationships and work. I’m sure we’ve all had a moment or two where we’ve had to play our trump card and tell someone ‘not right now’ for the sake of prioritizing; this is that dilemma  except she’s troubled over it. How else can one be great outchea? In the video Aiko emerges with a full head of platinum blonde faux locs and is in her usual state of tetchy yet sexy jadedness.

In preparation for her debut Jhene Aiko participated in MTV’s Artist to Watch series, performing unplugged stripped singles from the long awaited album including “Spotless Mind” and “To Love and Die.” During the segment she spoke about not being able to define her music because it is a reflection of the wonderful person I’m sure she is, however not being able to readily express what she’s devoted countless hours to, is off putting. Everything we do could be considered a replication of ourselves in some form. However, the specific words we select to express what it is we do, are an actual part of who we are and not a reflection. As her work progresses, I wish her ability to talk about it does also.

Having written every track on Sailed Out, I can only hope for a debut full of rhythm and unabashed blues-SUNG to me and not hummed, however melodious.

Souled Out is available for pre-order on iTunes! Take a listen and let us know what you think! 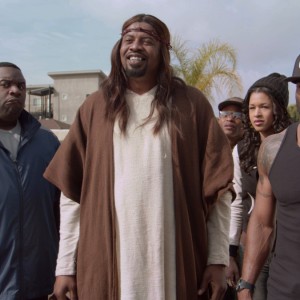 In this country, there are several things you cannot criticize, mock or even joke about. Jesus would be one of them. Black… September 4, 2014
...by TÆLORD•EXISTENCE. © 2016
Back to top