I just feel like…I’m not doing enough. I’m watching the cops throw tear gas, I feel like every ten seconds I’m looking at images of black mothers grieving on the news, children being beat down and killed…I feel like whatever I’m doing, it’s not enough. -Unnamed

In light of the recent assault on humanity and aggressive attack on the nature of resistance taking place in Ferguson, MO, I have been engaging in a number of unique conversations with friends, family and individuals reaching out to me wanting “to do more”.

The internet, the bane of existence for all things dignified, is deeply occupied by condescending critics, deeming actions taken by those lesser known (and those globally famous as well) as not enough to bring about systemic change. Not to be ignored, the pleas “to do more”, for engagement and self-assessment of inadequacy come at a time in this country where participation in resistance is monolithically presented and stereotypically defined.

Seated in patriarchal, truculent behavior and standards, we have abandoned a willingness to broaden the world of activism by refusing to engage folks at multiple levels. Gone are the days of brainstorming roles for the entire community to play; if you lack a web-viral presence in the landscape there is a strong chance that you may be made to feel inadequate, too uninformed and too “common” to participate in resisting against oppression.

I am so saddened when I hear folks profess that they feel that they aren’t doing enough; we should understand that many times mere survival is indeed the most revolutionary act that one can commit. The notion that a nebulous social justice hierarchy could actually deem one’s expression of resistance as not “enough”, rather than just supplementing the work to address what gaps remain, is snobbish, supercilious and bitter shade. It is unacceptable and truthfully deserves no platform, as it continues an archaic style of isolation and divisiveness that has been used to destroy movements since the dawn of resistance. However, I realize that there are few outlets that share a number of activities that can be seamlessly incorporated into communities, and social groups alike, that use intentionality to introduce concepts of resistance.

Any act of resistance is enough.

Historically, small acts of resistance have been the only consistent and dependable source of support that many resisting

movements could rely on. When protesters packed their bags and relieved themselves of their integral posts, artists who risked alienation by creating bodies of work that pushed back against the system1, educators who continued to create revolutionary curricula despite the persistent encouragement to do otherwise, lawyers and judges committed to upholding justice in the courtroom, doctors divorced from the notion of practicing medicine solely for financial compensation and community members who used their own strategies to maintain their neighborhoods all continued to resist oppression through the act of daily survival.

Vastly underestimated is the privilege to say “no”, for we do not understand that in many cases – to merely say “no” can strip vulnerable populations of what little safeguards they have hand constructed; built out of necessity and a desire to protect their futures. These people are not photographed and there are no buildings named after them. Many have scoffed at their lack of presence on the “frontlines”.

What is it about these “everyday people” that evokes such a horrified, analytical response when they head to work at 5:00am, but simply don a hoodie while doing so in acknowledgement of Trayvon Martin’s spirit? Or, while helping their children with their homework, stop to share family photo of their “Hands Up” on social media in solidarity with the pursuit of justice for Michael Brown’s family in the wake of their murdered son. This is not an absence of regard for the current state of oppression and in my opinion doesn’t symbolize an unwillingness to get deep into dissecting what it means to live under (and not along side of) racism, classism and gender attack. As a matter of fact, it is commendable as it doesn’t overindulge in some fanciful and falsified analysis pattern.

My musing mind often wonders if the women who made sandwiches to support those who have marched on Washington D.C./Philadelphia P.A./Harlem, N.Y./New Orleans, L.A. are to also be considered as “those who haven’t done enough”. What of the men who refused to be drafted during the Vietnam War, or those who decided to simply “not stand” during a playing of the Star Spangled Banner as acts of political expression?

Small acts of resistance, such as opening one’s door to Jews fleeing persecution from the Nazi regime, or allowing slaves to rest for the night under living room floorboards created some of the most revolutionary systems of support during European and American genocide. The simplicity of teaching a black child how to read their name in the 1800-1900’s was so revolutionary it sparked years of litigation and slave codes created as forms of continued suppression, lest we forget – refraining to ride buses in the 1955 Montgomery Bus Boycott lead to one of the greatest economic and social justice organizing initiatives in the United States; broadening the dialogue around what it meant to embrace and respect Black identity and humanity in our everyday lives.

This is not a carte blanche license to refrain from acts that challenge your being and force you to engage in resisting when the greater temptation to remain silent pervades. This piece was written as a balance beam; a representation of the importance of doing what one can, when they can.  It is a denouncement of the idea that a small act of resistance is not pivotal to the movement and has no place amongst the annals of historical resistance. It is a celebration of you. You are enough.

THINGS THAT YOU CAN DO

If you are looking to broaden the types of activities you engage in, organize, or lead in your community with, I have culled a few

suggestions that can be produced individually or with a group.

o Identify a topic that you are familiar with and that others have expressed a longing to know more about. Identify folks in the community who have a knowledge of the subject and will add a breadth of information to the conversation. Identify research, media or documents that will help broaden the discussion. Get friends and community members together to have a moment in time where they are both informed on the status of and encouraged to explore the impact of the topic.

o Create a space where attendees are encouraged to tell a timed personal story as a means of connecting to a current or pre-existing issue. In this method, you not only learn about those around you but you see the real time impact of on going community issues. This is less “formal” and research intensive than a Teach In but still focuses on a group learning experience.

o Displaying signs, letter writing campaigns, distributing flyers and information, petitions and picketing are all considered forms of “passive action”. Sit Ins, boycotts, die-ins, “occupations” and demonstrations (“protests”) are considered forms of “direct action”. Strategically decide which best suits your needs and go for it! Do not be afraid to use a mix of the two, and do your research on the targeted demographic to estimate which tactic will both pressure and persuade the target.

“I Get Out” by Lauryn Hill

“All On Me” – John Lacarbiere

Small Acts of Resistance: How Courage, Tenacity and Ingenuity Can Change The World – by Steve Crenshaw & John Jackson Black

Pure Fire: Self Defense As Activism In The Civil Rights Era – by Christopher B. Strain

Why is ABC Making It So Hard for ‘Cristela’ to succeed?

Excellent article. Such a powerful topic. Even when you don’t think you can do something there is always a way to support a cause you believe in even. Can’t wait for more articles from the writer Nailah!! 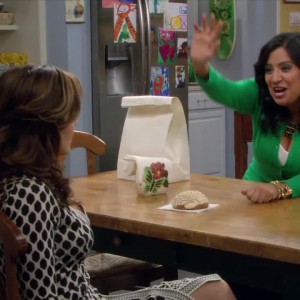 Why is ABC Making It So Hard for ‘Cristela’ to succeed?

ABC’s new fall comedy Cristela has the potential to become a great show, incorporating diversity, millennial culture and a relatable… September 3, 2014
...by TÆLORD•EXISTENCE. © 2016
Back to top