During a Google Hangout with the film’s co-star Marque Richardson, writer, director Justin Simien alluded to having a pretty limited budget from backing studio, Lionsgate. Instead of simply taking what they were given, the film’s team remained crafty and continued to promote the film with the same indie sensibility and creativity they started with.

Grassroots and indie promotion relies heavily on word-of-mouth, people like you and me sharing the content, fanning the flames and spreading the fire. But you have to give people something they want to see and share.

We’ve watched and waited, often with baited breath, for new promo videos and gush every time a new one is released. Check out some of our favorites below, now. Then check back after the film’s release for our “Best Of” list where we’ll rank the funniest/best promotional videos from the “Dear White People” team.

In the meantime, which one is your favorite?

The banned diversity video is crazy! Almost wouldn’t believe it if i didn’t live it lol 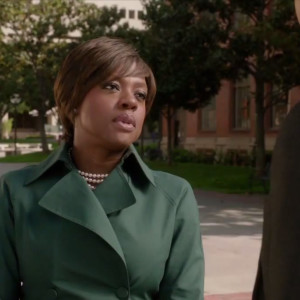 Two episodes into “How To Get Away With Murder,” and I am wholeheartedly obsessed with that entire show. The plot is extremely… October 9, 2014
...by TÆLORD•EXISTENCE. © 2016
Back to top