Director Stefan Schaefer’s “My Last Day Without You,” the multi-award winning independent film starring Nicole Beharie and Ken Duken, is now out on DVD (as of today, November 18th), and will be available on Video On Demand next month.

The film’s synopsis reads as follows:

“On a one-day business trip to New York, a German business executive falls in love with a singer-songwriter who exposes him to her Brooklyn world and emotions he’s never experienced before.”

This is a movie that would’ve surely passed me by had I not been an admirer of Nicole Beharie’s acting; but the film is full of delightful surprises.

What you might think will be yet another interracial romantic farce, turns out to be the least of the couple’s barriers. Yes, they have cultural differences, which play out mostly through misunderstood terms. For example, Leticia (Beharie), called “Tisha” throughout, had to explain what “getting with you” meant to Niklas (Duken). There are few moments like this that creep up when you least expect them to, but positively so.

The couple meets so abruptly and no time is wasted honing in on the fact that their sexual attraction is a huge magnet. There are no forced moments of falling in love. It’s mostly Niklas’ goal to make amends that brings out the sincere emotional attraction from them both. This is where the story could go cliché, but continues to linger in a familiar way… how many people fight the instinct towards emotional healing, but brush it off as something else?

In fact the story ends sharply ambiguous. Yes, the right choice is made, but will the couple chance for a lifetime or just an extended moment? We’ll only assume… it’s a timeless chance.

A parallel love subplot between Tisha’s father, Pastor Johnson and his secretary, Luz, further sustains the theme of love that gels. Their interaction is just as fun and intriguing as Niklas and Leticia, but there’s a clear juxtaposition between the cautious younger couple and the mature acceptance of love from the older couple.

The backdrop and driving force of the film involves job loss, but it’s not such a crutch that interferes with the impending outcomes that follow the 24 hour lifespan of its main characters.

The chemistry between the leads (Ken Duken and Nicole Beharie) fit like a glove with an equally deserved mention to Laith Nakli as a hired romantic guru cab driver and declared comic relief.

Read more over at Shadow and Act!

Tags: actors of color, Films, My Last Day Without You, nicole beharie, poc

Icons of the Bible Reimagined in Photo Series By James C. Lewis 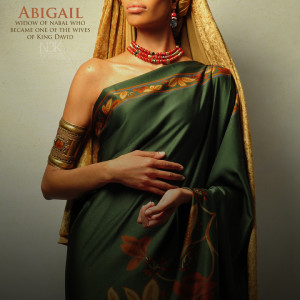 Icons of the Bible Reimagined in Photo Series By James C. Lewis

Atlanta-based photographer James C. Lewis has confronted the representation of Biblical stories head on with his new series… November 18, 2014
...by TÆLORD•EXISTENCE. © 2016
Back to top