Four minutes into one of the most hilarious public conversations I’ve ever witnessed I thought to myself, “Shit! I should’ve gone with the waterproof mascara.” I knew better-I’d been looking forward to writer, director, producer, Issa Rae and writer, director Justin Simien gracing the Bay Area with their presence for months.

This wasn’t my first time witnessing Simien live-he was super funny at the L.A. Film Festival where I first saw his debut feature, Dear White People. My doubly awkward best friend and I bonded over the first season of Awkward Black Girl—awestruck that there was at least a third awkward Black woman in the world and she was just as hilarious as my own bestie. What I didn’t realize is that the funny would be multiplied when Simien and Rae took the stage next to each other at the Arts & Ideas Series at the JCCSF. 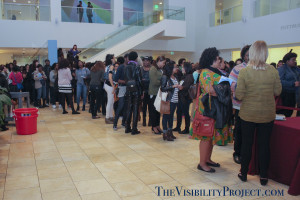 Once the doors opened I watched folks pour into the venue and tried to gage the audience, get a feel for the age range, different ethnic backgrounds, and more. I quickly remembered I was back home in The Bay and gave up about five minutes in. Black, white, brown, high schoolers, grandparents and seemingly everyone in between shared laughs, asked questions, and validated both authors with “Yasses,” and “amens” (and even a strong “Well!” from somebody’s auntie) as the two on stage dropped knowledge and willingly offered their experiences as optional road maps.

JCCSF dubbed this event “a conversation” and that’s exactly what it felt like. More than once Simien and Rae, genuinely enthralled in the others retorts, took over the role of moderator as they veered off course and asked the other improvised follow-up questions. The moderator, enjoying the exchange as much as we did, encouraged them to continue. And they did.

With as much playful sincerity as you’d expect from the two comedy writers they answered audience questions with the perfect balance of depth and jest. If the goal was to spark further dialogue and leave the fans, old and new, wanting more-mission accomplished. 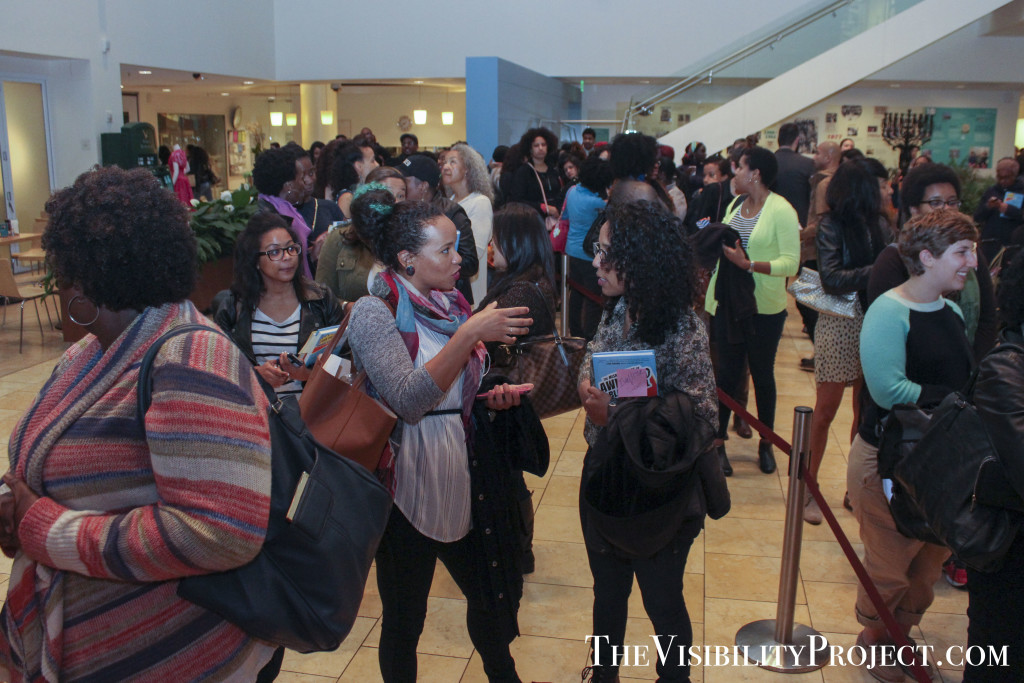 As I worked my way through the maze of admirers waiting their turn for a few moments with Simien or Rae or both, I heard excerpts of conversations: deep and challenging questions, friends trying to one-up each other based on when they’d discovered each of the artists, and commitments to share newfound knowledge with absent parties.

Then it happened. The book sellers sold out of copies of both Dear White People and The Misadventures of Awkward Black Girl. A small group of astonished and clearly disconcerted fans stood, staring at the older woman and the empty table in front of her, unwilling to believe the words she was repeating. Only flyers for Rae’s upcoming web chat remained and still they couldn’t accept that they wouldn’t get face time with two of their faves.

The event had officially ended but there were fans waiting with unsigned copies, cell phones in hand ready for selfies, so both Rae and Simien graciously kept meeting and signing. 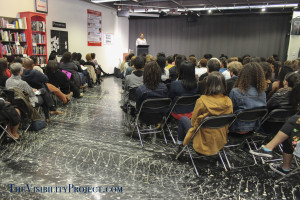 Rae, now an official New York Times Bestselling author made an additional appearance the following night near her alma mater at Kepler’s Bookstore. She casually took the stage and was greeted by a full house. Rae read an excerpt from her book and invited readers to follow along. I went prepared that night (God herself created waterproof makeup. I know it.) and let the tears of laughter flow as I listened to the first chapter in her own voice.

Despite admitting the tour had worn her out she was just as quick, just as witty, and equally hilarious as the night before when answering audience questions. Again the audience was as ethnically diverse as one would expect at a Bay Area event. What surprised me on both nights was the range in age. There’s something to be said for those who can not only reach but also appeal to folks of all ages. That’s more of a testament to Rae than it is to any other outside factor. 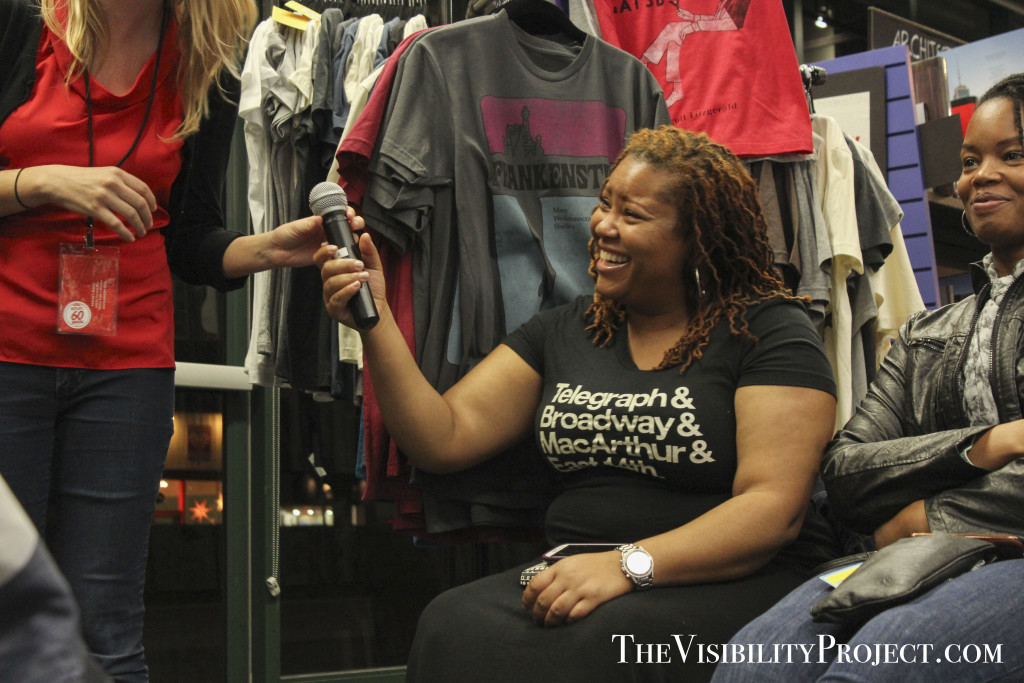 After getting their copies signed and snapping selfies with the newly published author, many fans lingered in small groups continuing the conversation Rae’s talk and book had obviously sparked.

Heading home I reflected on both nights. Riding shotgun gave me the chance to let my mind wander back to the overlaps in Simien’s and Rae’s responses about the industry. We know where the notion that Black creatives don’t sell or that there’s no audience for Rae’s and Simien’s work came from. After both events it was clear these two creators are at the beginning of trailblazing journeys to dismantle those fallacious suppositions (and they aren’t alone).

The audience that wants and is demanding variety and complexity in representation is here and it looks a lot more diverse-in age, race, ethnicity, socio-economic status, and more-than we’ve been lead to believe. Lucky for us Issa Rae and Justin Simien are continuing to do the work and provide receipts. What they need now is our support.

If you haven’t already, pick up copies of The Misadventures of Awkward Black Girl and Dear White People (the book & film on DVD) ASAP. Copies is plural because trust me when I say, there are people in your life that need copies of both of these gems!

Check out a few more photos below: 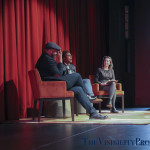 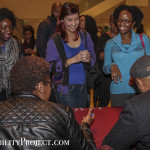 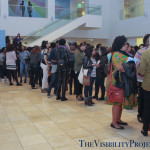 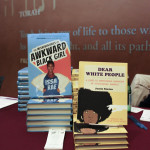 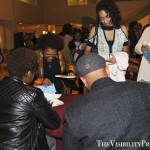 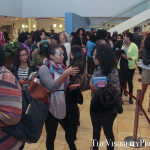 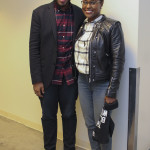 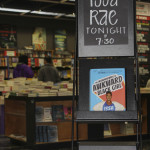 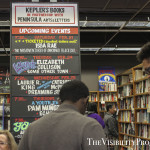 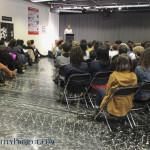 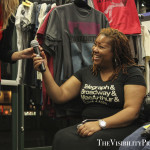 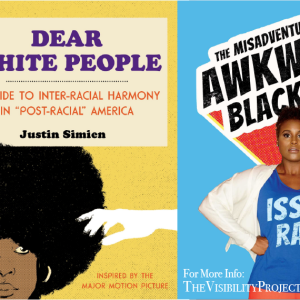