“Tell me how you really feel.” It’s a rebuttal laced with sarcasm, used in response to the transparent obviousness of someone’s true feelings and thoughts, regardless of what is actually being said.

Have you ever wondered how people in general feel about mental illness? The disabled? Other marginalized groups? You don’t really need to wonder. Turn on the TV, read the news, check the comments section of a YouTube video. The problem, according to researchers, is that often these feelings are based in fallacy, twisted logic and skewed points of view, grown from general misinformation and media-promoted inaccuracies.

In 2012 Nicole Beharie starred in the off-Broadway-play-turned-film,Apartment 4E, in which she plays Piper, a suicidal shut-in suffering from “Bipolar disorder with a touch of OCD.”

Originally titled, Small of her Back, Apartment 4E serves as the writing and directorial debut for indie filmmaker, Russell Leigh Sharman. Starring opposite Beharie is veteran stage actor, Christopher Domig, who plays the part of John Sharp. John knocks on Piper’s door one night and introduces himself as the therapist brother of Mollie, a woman Piper met in an online chat room “three months and a week ago.”

The encounter that turns both Piper’s and John’s worlds upside down also serves as a platform for visibility. Apartment 4E portrays mental illness through a new lens and from an uncommon point of view – both from the perspective of someone with a disorder and from someone affected by association. Sharman does a great job illustrating the general lack of understanding surrounding mental health. Through the amazing performances of the film’s two stars, he provides a fresh, incredibly honest and uncomfortably accurate portrayal of what mental illness really looks like.

Speaking of visibility, I wanted to know how Nicole Beharie, a somewhat low-profile Black actress, ended up playing Piper. Not to discredit Beharie or downplay her seemingly limitless talent – it’s just that I know how this works. Race is not mentioned or even alluded to throughout the story and when this is true we default to white.

So when I got to the end of the film and realized there had been no mention of race, I made a mental note to ask someone about that. I needed to know how intentional or coincidental it was to cast a Black actress for a role that does not specifically call for one. Call me a pessimist; really I’m just an experienced realist who believed this happenstance was not fortuitous at all.

Within the first 10 minutes of the interview and without provocation Sharman delves into the topic of race and gender and how “very intentional” it was to cast a woman of color.

In terms of playing with this sort of stereotypical notion of powerlessness in terms of society, I wanted a stacked deck against the character from the perspective of most people who watch the film…and think…unbalanced woman, weak woman. I didn’t write it from the perspective of making it a movie about race but it is interesting that by casting a Black actress it becomes a movie that is about race, which I think says more about our society and about how media portrays race in our society than it does about the film or the characters. And certainly I knew that in making that choice.

As if I needed more reasons to be a fan, Sharman brings up the recent media drama over the labeling of The Best Man Holiday as a “Black movie,” as an example for his discussion on race and media. Yep. I like this guy.

This still doesn’t answer the question of how Beharie, in particular, came to be apart of the project. Christopher Domig and Russell Sharman told pretty different stories about the beginning of that journey. The one thing their stories had in common, almost verbatim, was how perfect Beharie was the role.

Domig recalls lacking chemistry and a connection with the original actress cast opposite him. And through a series of events, including delays in pre-production, the actress became unavailable. Lucky for him, the film, and mostly fans of Nicole Beharie, the part needed to be recast. About 20 women were auditioned for the role of Piper, several were called back to read with Domig, and then finally Beharie was sent in by a casting agent.

He added, that what was intended to be merely an artistic experiment for he and his wife, became bigger than he ever imagined, crediting not only Beharie’s performance in the film but her overall talent that would eventually land her roles in higher profile projects.

Beharie’s performance isn’t the only reason you should see this film, though it is quite possibly the only one you really need. Domig noted, “I’m not trying to look down on my own work here, but had she not been as active and sort of the catalyst for the scenes, my work would’ve suffered.”

“Most actors tend to fall back on stereotypes,” Domig said in acknowledging that Beharie had the hard part in her portrayal of Piper. “I just had to make sure she didn’t catch him in his lies.”

“A suicidal shut-in. A man at her door. And neither is who they seem.”Apartment 4E, is a film starring actress and singer Nicole Beharie and musician, composer, and actor Christopher Domig. Originally written by Russell Leigh Sharman for the stage, it’s only fair to mention this is not a film for everyone.

I know. You’ve heard that line before. In this case it’s not a poor excuse for a bad film or a mediocre attempt to get you to give the project a chance. It’s a warning, letting you know exactly what to expect. Sharman confessed his conscious decision to change very little about the stage version upon bringing it to the screen. He did this despite his understanding that film is meant for movement and works best with multiple locations.

At least 98% of the film is made up of Nicole Beharie, Christopher Domig, and a Queens, NY apartment. What takes place in that apartment is something that watches like a stage play typically does. Shot in just 14 days with two days to rehearse, this movie is a raw, honest and accurate portrayal of mental illness.

Here you can appreciate the importance of chemistry between performers and the tiny nuances in Beharie’s acting that make her performances so powerful. If you want to see Nicole Beharie put in work, you want to see this film.

Even more, there’s a message in this body of work – one that you aren’t beat over the head with, yet still hits you pretty hard giving you a new landscape of mental health in the process.

When you get a chance, check out Apartment 4E on Netflix! In the meantime peep the trailer below!

TV REVIEW: The Fosters “House and Home” – It Just Got Real 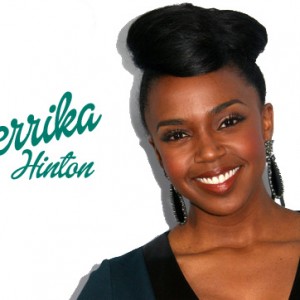 Ten years ago I was in a stand-off with my southern parents in my ultra-conservative hometown. I had just informed them of my intention… December 12, 2013
...by TÆLORD•EXISTENCE. © 2016
Back to top